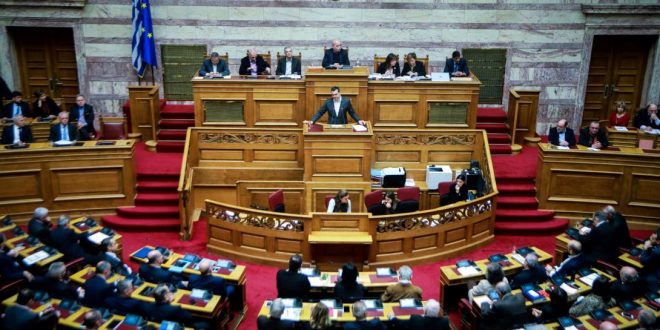 Τhe Greek Parliament debate on the ratification of the agreements with Egypt and Italy on the demarcation of the sea boundaries will start on Monday, August 24, government spokesman Stelios Petsas announced on Thursday.

The texts of the two agreements were submitted to the Parliament earlier today.

The relevant vote is scheduled for Wednesday, August 26, 2020, he added.

Both agreements are considered as “historical” because they are the first on maritime boundaries Greece has signed with neighboring countries.

Turkey fumed on both cases and Germany felt it was stabbed in the back by Greece when it signed the agreement with Egypt. Berlin meant that Athens should not have signed such an agreement with Cairo when talks with Ankara were due.

PS Germany would prefer the Greek Parliament ratifies the agreements after 31. December 2020 when its role as rotating President of the European Union ends.