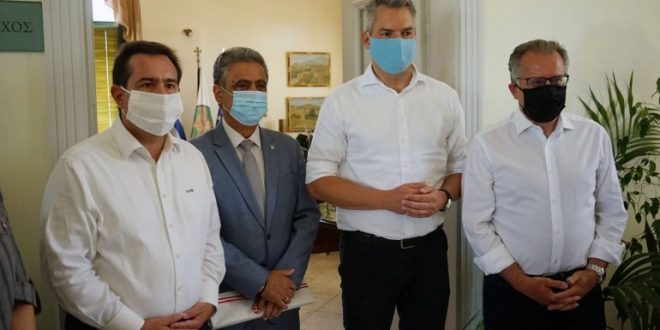 Austria will offer €2million to Greece to address the migration crisis

Austria will offer to Greece two million euros as contribution to the Greek government’s efforts to address the migration-refugee crisis and its repercussions, Austria’s Minister of Interior Karl Nehammer said on Wednesday. €

Mitarakis said that “from the first moment Austria showed solidarity in practice with the protection of the Greek and European borders. Nehammer’s visit shows the EU’s practical support but also the fact that Greece has both land and sea borders that it protects with determination and total respect to the international and European law.”

He added that the migration flows have been almost zero as of March 2020.

“I want to thank Austria for its donation aiming at the support of the health units, a donation that will be used effectively for the island,” he said.

Nehammer reportedly also said that he was “very impressed by the way the residents of Chios are coping with the challenges of the migration crisis.”

He added that  “we will continue to support Greece’s efforts for the protection of the European borders. We chose to support Greece not in words but in action and for this reason we are offering two million euros to Greece in order for the Greek government to use it to address the migration crisis.”

The donation aims to be used at health facilities in Chios and other parts across the country.