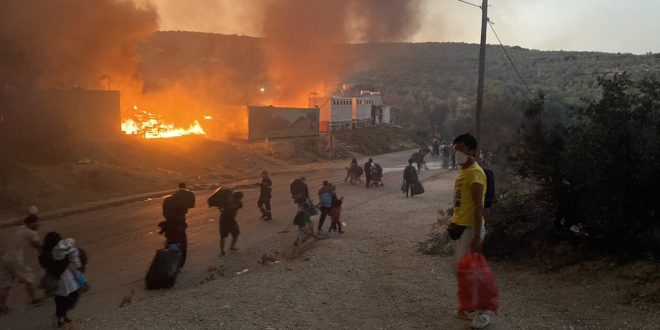 New fire breaks out in Moria camp on Wed evening

A new large fire broke out at the Reception and Identification Center in Moria early Wednesday evening, just hours after the overcrowded hotspot on the island of Lesvos was largely destroyed by the fire the previous night.

The fire is reportedly burning in the area of ​​Eleonas, the olive grove, outside the camp, where thousands of people of who do fit in live in tents.

Media report that the fire started in some of the 200 tents that were not burned down on Tuesday night. Explosion sounds were heard, and they probably came form the cooking devices the refugees used.

Part of the camp back in the 🔥 , loud bangs are heard with people passing by the fire #Moria #fire pic.twitter.com/g3j3ml7iCh

Hundreds of people among them many families with children, were leaving the area.

Firefighters have rushed to the scene but the blaze went out of control due to the strong winds.

STAR TV reported from the spot that the firefighters are now trying to protect the nearby forest. 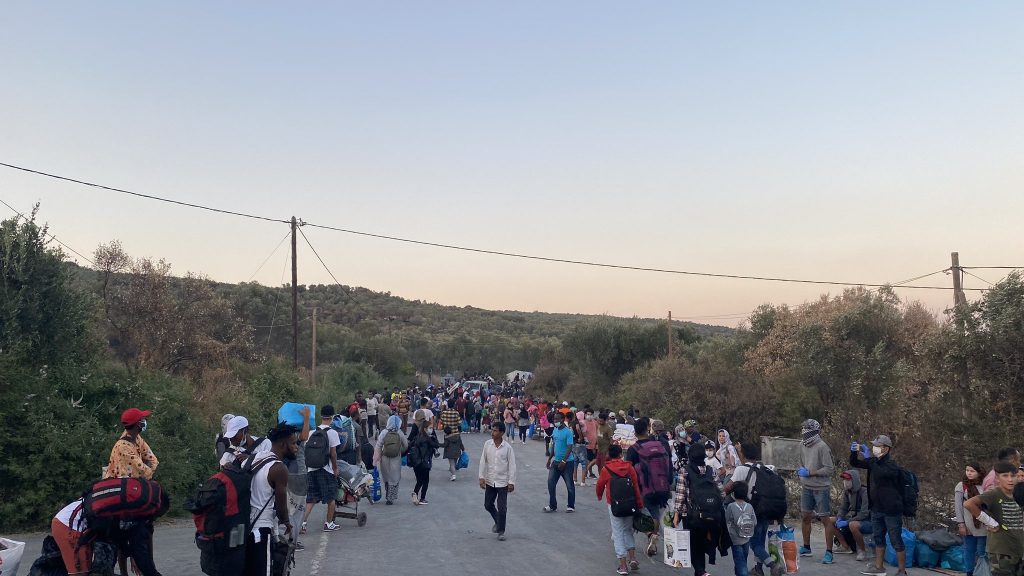 It remains unclear whether it is a new fire or a resurgence of the one that already destroyed much of the Moria hotspot the other night.