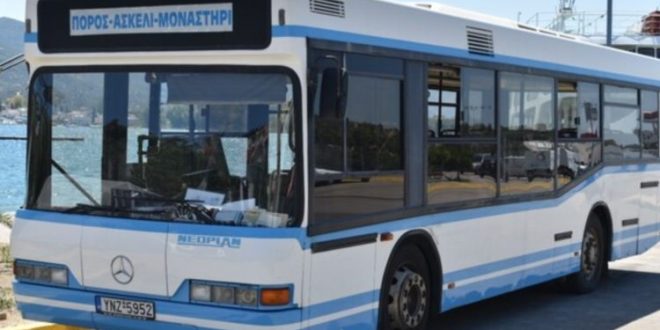 An incredible incident occurred on the island of Poros in the early hours of Thursday. A group of northern European tourists, most probably in a state of intoxication, broke into a public bus and drove twice around the island dancing inside the vehicle naked.

The bus for the local transport was parked in the western port of Poros, one of the islands in the Saronic Gulf.

According to local media, the drunken tourists drove the bus around the island twice and stopped in the area of Monastery.

A security guard noticed the incident and called the police.

The patrol car located and stopped the seized bus, “10-13 drunk Dutchmen jumped out from the door and the windows and fled.”

The tourist who was driving the stolen bus was arrested.

He was released on Thursday morning by order of the prosecutor.

A case file was formed, the man is expected to be tried.

According to saronicmagazine, the bus was not damaged.