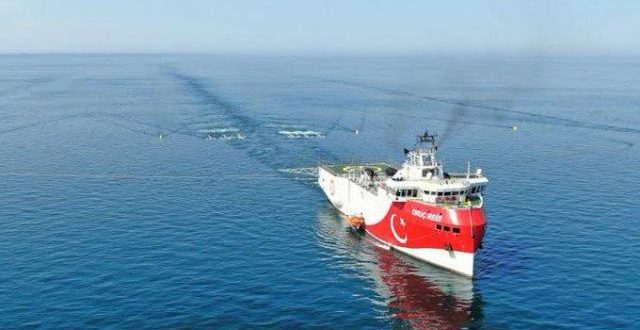 Turkey said late on Wednesday that it extended the operation of seismic survey vessel Oruc Reis and two other ships in a disputed area of the eastern Mediterranean until Oct. 27, in a move likely to further escalate tensions in the region.

Two other vessels, the Ataman and Cengiz Han along with Oruc Reis will continue work in an area southeast of the Greek island of Rhodes until Oct. 27, Turkey’s Navy said in a maritime notice NAVTEX. The vessels had previously been scheduled to work until Oct. 22. 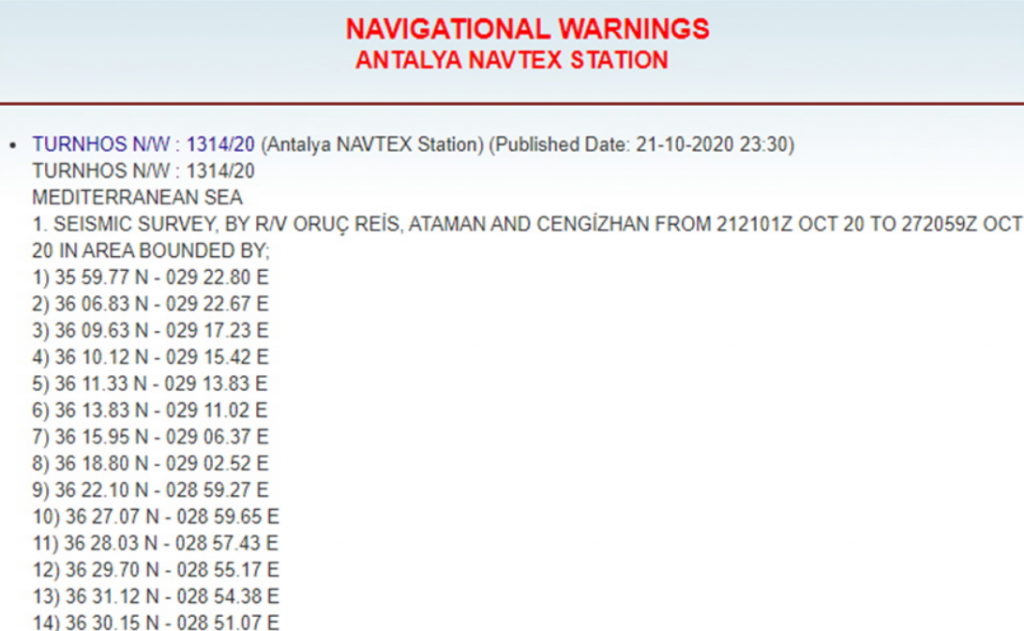 With the new NAVTEX, the Oruc Reis will operate northern than in the previous time, off the islands of Rhodes and Kastellorizo. 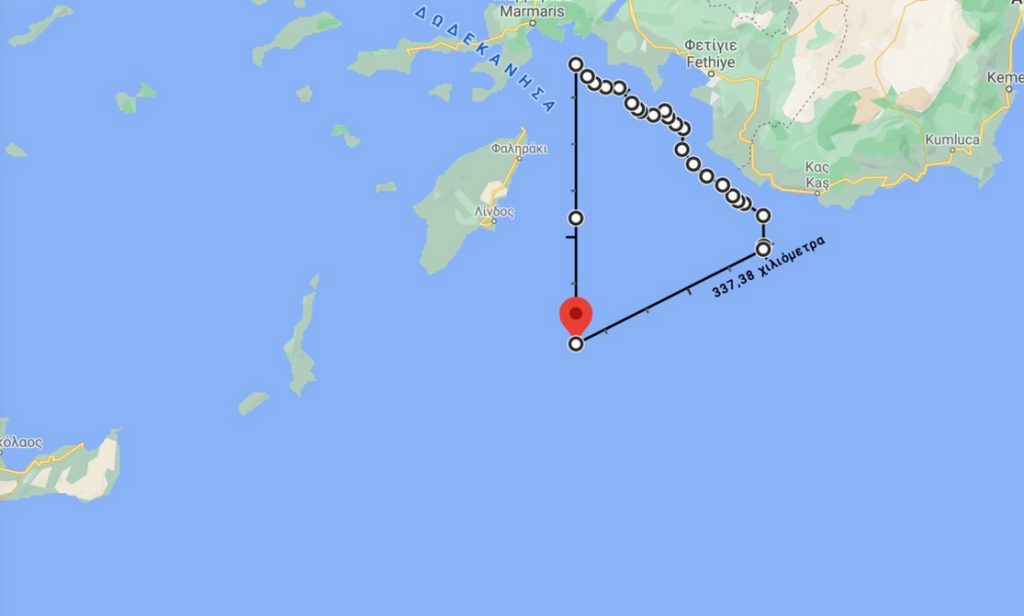 Turkish Vice President Fuat Oktay said that the seismic exploration activities in the eastern Mediterranean would continue and could extend south of Crete.

“What we do is within our own continental shelf, so we are talking about outside interference in our efforts in an area for which we don’t feel the need to get permission from anyone to operate,” Oktay said in an interview with private broadcaster CNN Turk.

Greece issued an counter-NAVTEX stressing that Turkey’s NAVTEX concerns “unauthorized activity” and is “illegal” because the area that extends “covers the Greek continental shelf.

The NAVTEX issued by the Greek Navy underlined that the station of the Hydrographic Service of the Navy in Heraklion has the jurisdiction for the issuance of messages in the specific sea area.

Ankara had withdrawn Oruc Reis from last month to “allow for diplomacy” before a European Union summit at which Cyprus sought sanctions against Turkey, but sent it back this month, prompting an angry rebuke from Greece, France and Germany.

After the summit the bloc said it would punish Turkey if it continued its operations in the region, in a move Ankara said further strained Turkey-EU ties. Turkey says its operations are within its continental shelf.

On Tuesday, Greece urged the EU to reconsider its customs union with Turkey in response to Ankara’s exploration in the Mediterranean, deploring what it termed Turkey’s “imperial fantasies.” At the same time, Greece urged Germany, ITaly and Spain to impose an arms embargo to Turkey.

With the Oruc Reis in the area and the presence of Turkish warships to escort it, the standoff with the Greek Navy will certainly continue.