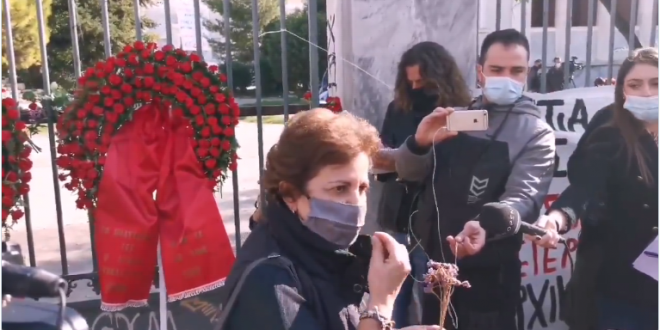 Police fined a lone woman who went to the Polytechnic School to honor the Students’ Uprising of 17. November 1973. Holding a flower the woman approached the site when she was stopped by police. They fined her with 300 euros for “unnecessary movement.”

Speaking to news247, the woman said that she works 100 meters away from the Polytechnic School and that conform with the lockdown restrictions, she sent an SMS with code option <6> for personal exercise. 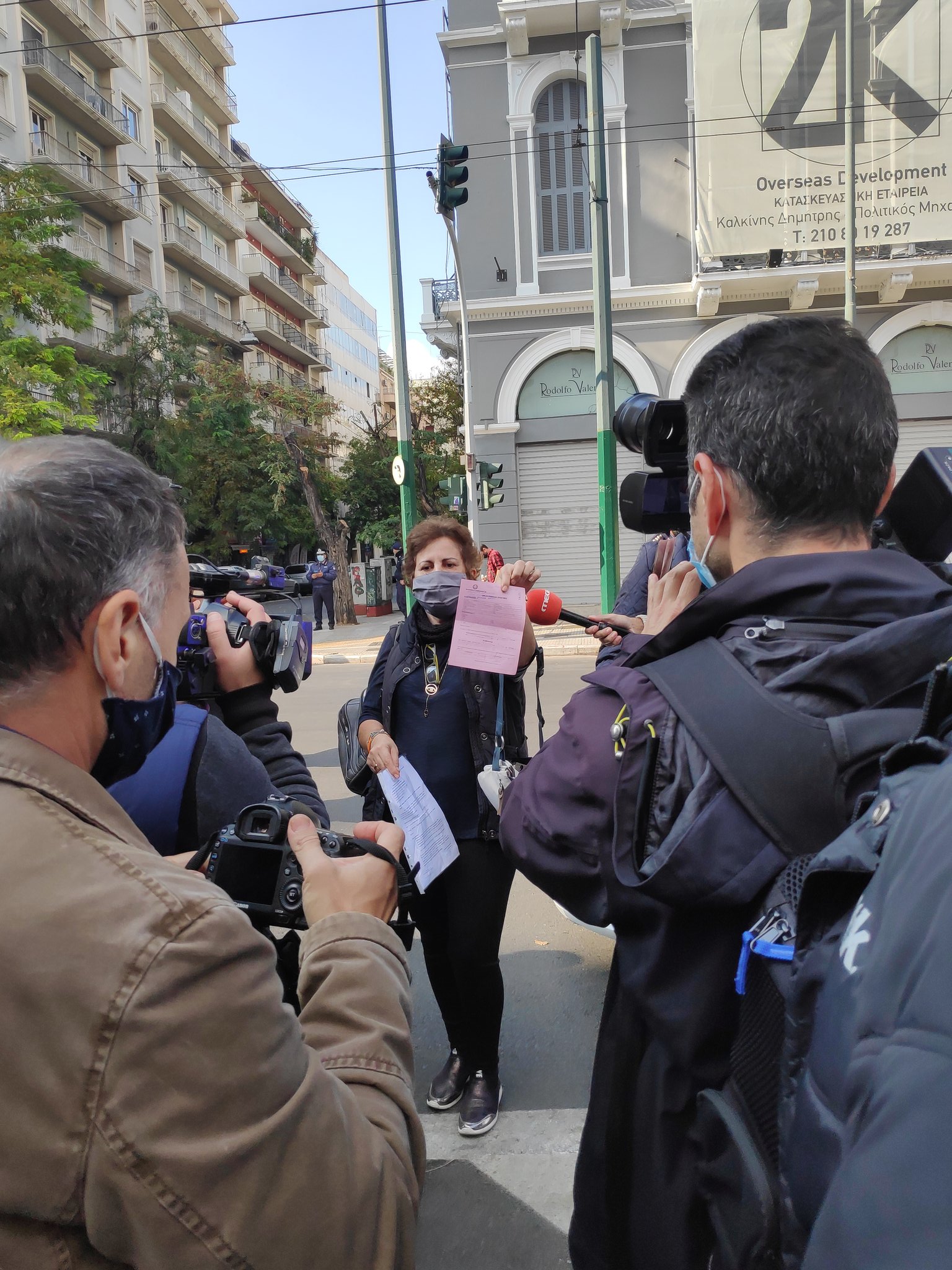 When she arrived at the scene, the police asked her to show them the reason for being around.

She showed the exit permit form for her work and an SMS with the code 6 which she said she sent while she was in the office withe aim to visit the Polytechnic school.

After checking the documents, police told her that her movement outside was not “justified” and confirmed a fine of 300 euros.

“My job is 100 meters away. I come every year for 40 years. I respect the pandemic and the health of my fellow citizens, I follow the measures, I wear a mask and I came to let a flower at the door and leave. I am alone,” she said.

She walked to the site after the company where she works closed for the day due to the anniversary and possible riots.

Police was not convinced and the fine was confirmed. 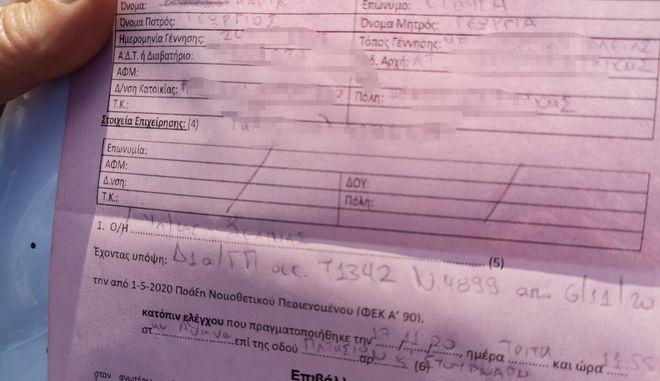 Speaking later to Star TV, Maria Kiousi wondered whether she was not allowed to walk around for “personal exercise”. She stressed that she would appeal the fine that is much too high for her low-income family with two children at higher education.

“Nobody cares how many people I contaminate with the virus when I come to work by bus with another 30 passengers,” she said adding that authorities implement double standards.

Note that police did not impose any fine to some 200 members of Communist KKE when they gathered outside the US Embassy on Tuesday morning.