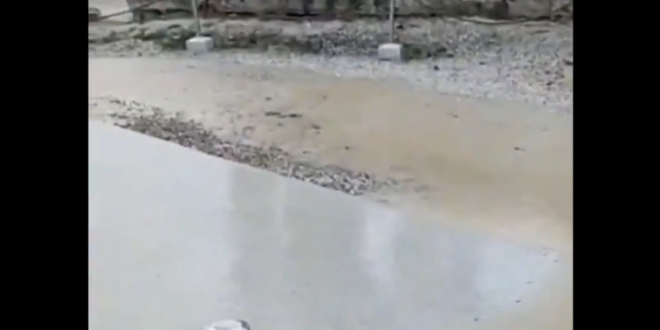 The Acropolis of Athens has been flooded on Thursday following a heavy rainfall. The downpour was certainly not the first and not the last one in the 2,500 years of existence of the ancient monument. But it is certainly the first time since the 5th century BC that the archaeological site comes under water. 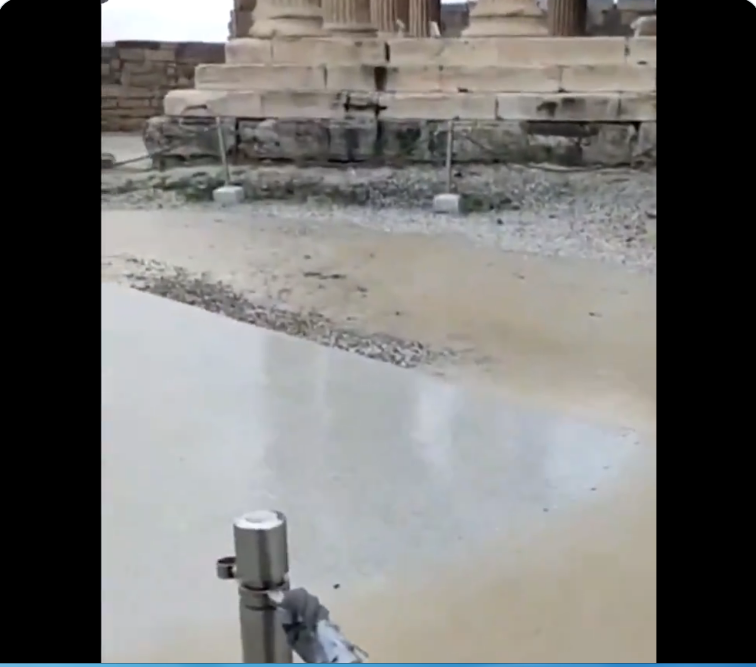 Blame the recently constructed path ways made of concrete.

The videos released and uploaded on YouTube confirm that the cement path ways have been blocking the rain water from running down the hill and be absorbed by the soil.

It looks as if there is no provision for the drainage of rainwater with the effect that the water formed small lakes or even cute streams crossing the cement path ways for people with disabilities.

According to website kosmodromio, “the poor planning and the political pressure to hastily complete a  dangerous and destructive project” ends up in the flooding of the Acρopolis archaeological site.

The website has recently published the project study and had draw attention to the absence of drainage for the rain water. 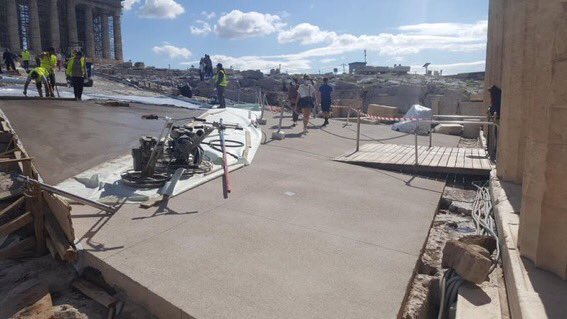 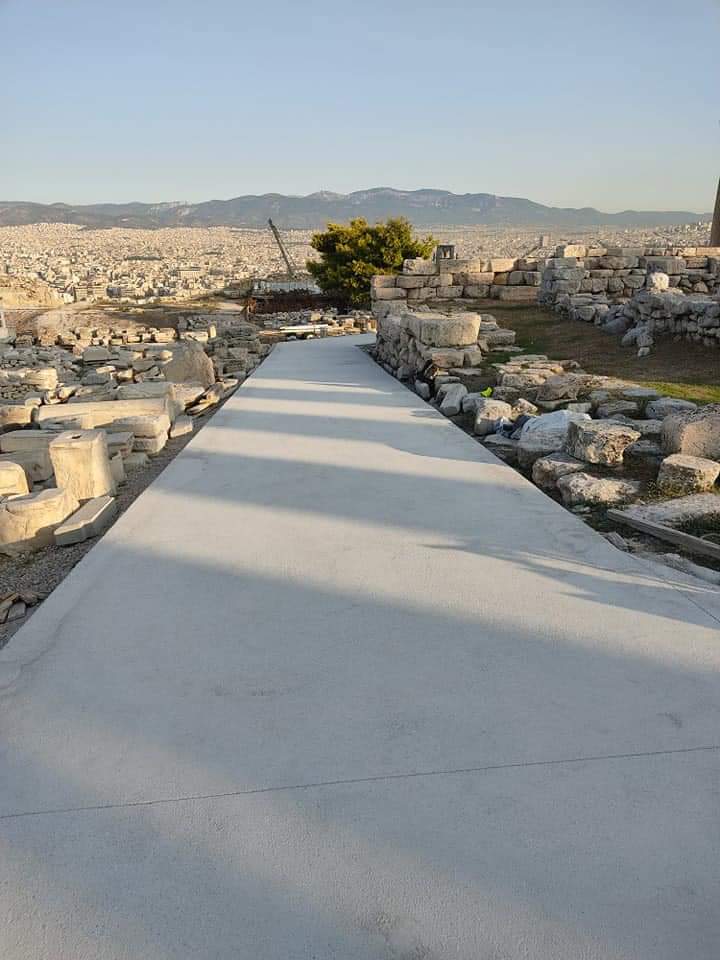 When consulted, archaeologists had proposed, anyway, the use of other modern material that would match to the style of the ancient citadel, the jewel of which Greece is proud of.

Even the Association of Handicap expressed its objections.