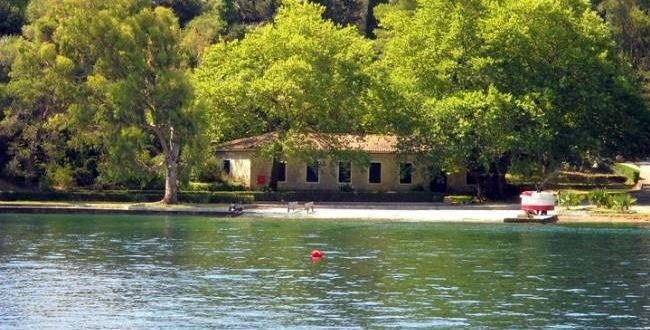 A big investment project worth 165 million euros on the Ionian island of Skorpios, east of the island of Lefkada has entered the next phase after a relevant Joint Ministerial Decision (JMD) was signed on December 31.

The ambitious project on the private island, which was bought by Russian billionaire Dmitry Rybolovlev by the Onassis family, will be funded in its entirety by the Russian magnate.

On December 31, Sergey Chernitsyn, a close associate and representative of the Rybolovlev family, who had been running for at least four years and finally succeeded in putting the project on the rails, received the Greek authorities’ green light after a Joint Ministerial Decision approved the location of the investment plan entitled “Construction and operation of a luxury tourist unit VIP Exclusive Club on the island of Scorpio.”

The JMD was signed by the Ministers of Environment and Energy, Shipping and Island Culture, Tourism and the Deputy Minister of Development and Investment.

Last summer the plan had received the positive opinion of the Ionian Islands Regional Council on the “Environmental Impact Study” and only the JMC remained for the project to move ahead.

This 165-million-euro project – the total amount of which will be covered entirely by the Rybolovlev family, without lending or subsidising – is estimated to greatly boost Greek tourism and promote the image of the country as it will be the first private island for rent for the rich and wealthy, and will be one of the few in the whole world.

The project, which will create at least 152 new jobs, concerns the construction and operation of luxury hospitality infrastructure on the island of Skorpios in a total area of ​​161 acres.

In addition to the main building of two levels with 7 luxury suites, another 12 new luxury villas will be constructed between 500 to 1,200 sq.m. each. Also, the existing old coastal houses on the east (east beach) and south (south beach) side of the island, where many A’ list celebrities had been hosted in the past by Aristotle Onassis will be renovated.

Skorpios  was acquired in 1963 by Aristotle Onassis for 3m euros. His granddaughter Athena inherited the island, among other, after the death of her mother Christina in 1988.
She sold it for more than 100 million euros.
Since 2013, Skorpios belongs to the daughter of Dmitry Rybolovlev, Ekaterina.