Breaking News
Home / News / CORONAVIRUS / Pupils in N. Greece return to school with a blanket due to corona-measures 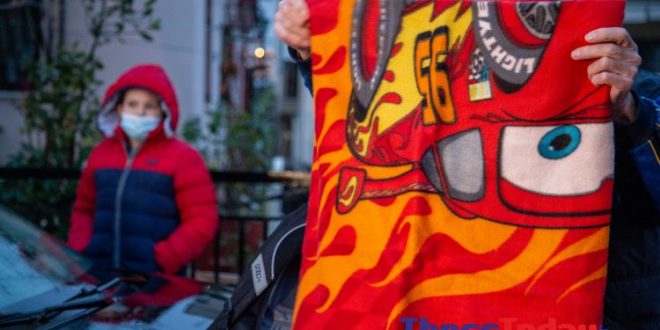 Pupils in N. Greece return to school with a blanket due to corona-measures

Elementary schools opened again after two months break due to the pandemic and some pupils returned to the classes with their bag, masks, antiseptics and a …blanket. The principal of 2nd Elementary School in Halastra, northern Greece, had issued instructions for the parents over the weekend in which among others it was advising them to add a small blanket. 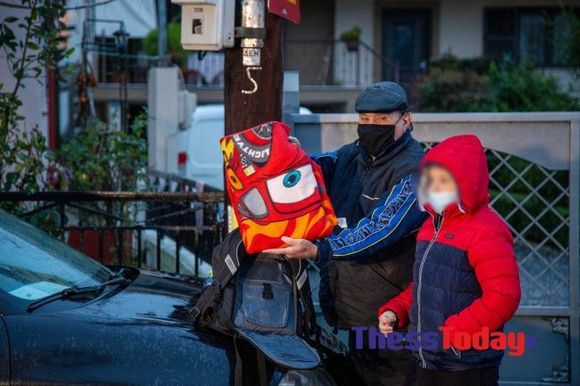 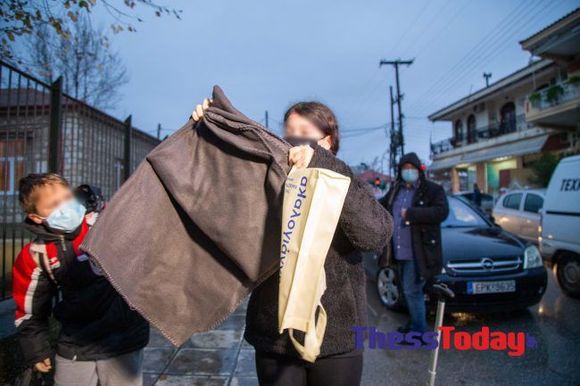 Reason for this unusual back-bag supply was that one of the measures against the coronavirus the Education Ministry has taken is the frequent opening of windows for ten minutes per class unit in school classes.

“The classroom should be ventilated frequently and well. For this reason each child should have with him a small blanket placed in a bag with his name. It will be returned home every Friday for washing,” the school principal said in the relevant statement., the relevant announcement states, among other things. 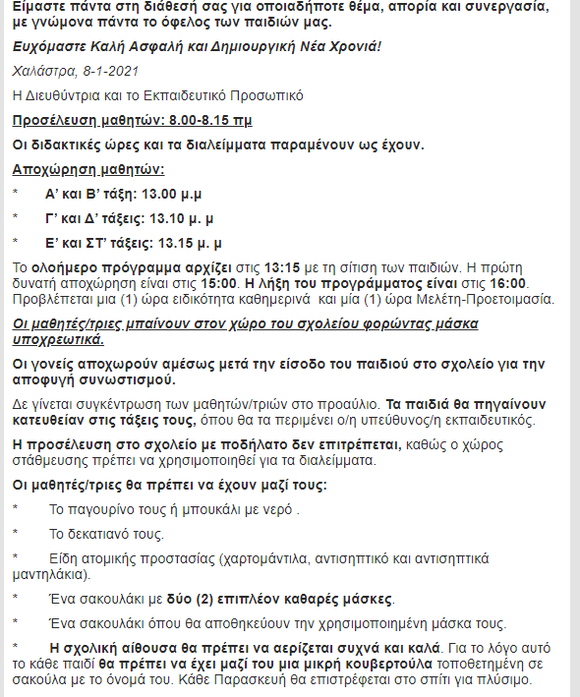 According to local media reports, most of the parents apparently followed the instruction and the pupils went to school carrying an additional bad with the blanket. 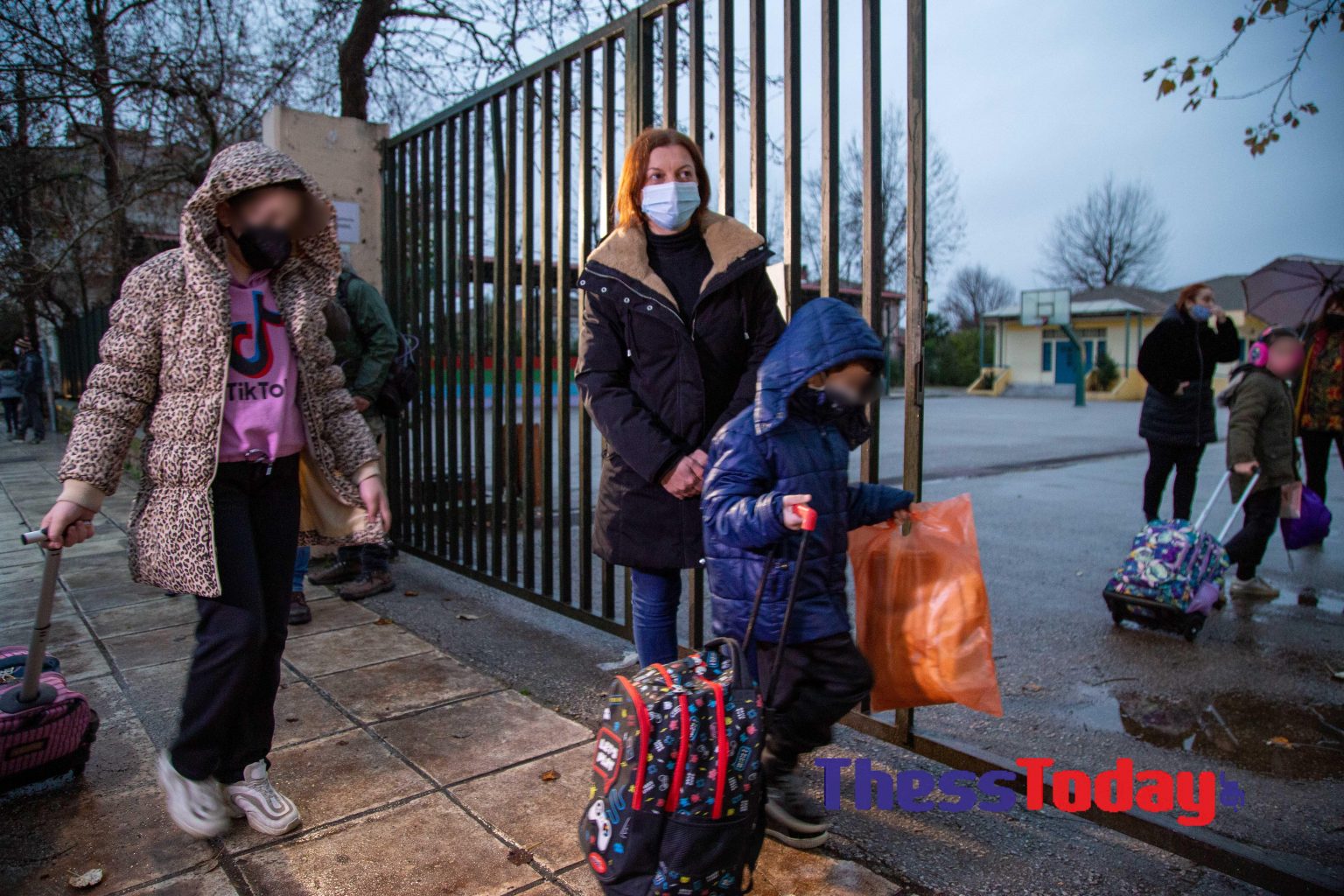 The school in Halastra was reportedly not the only one with a “blanket advise”, other elementary schools in the area of Thessaloniki, like one in Evkarpia had issued similar advises. 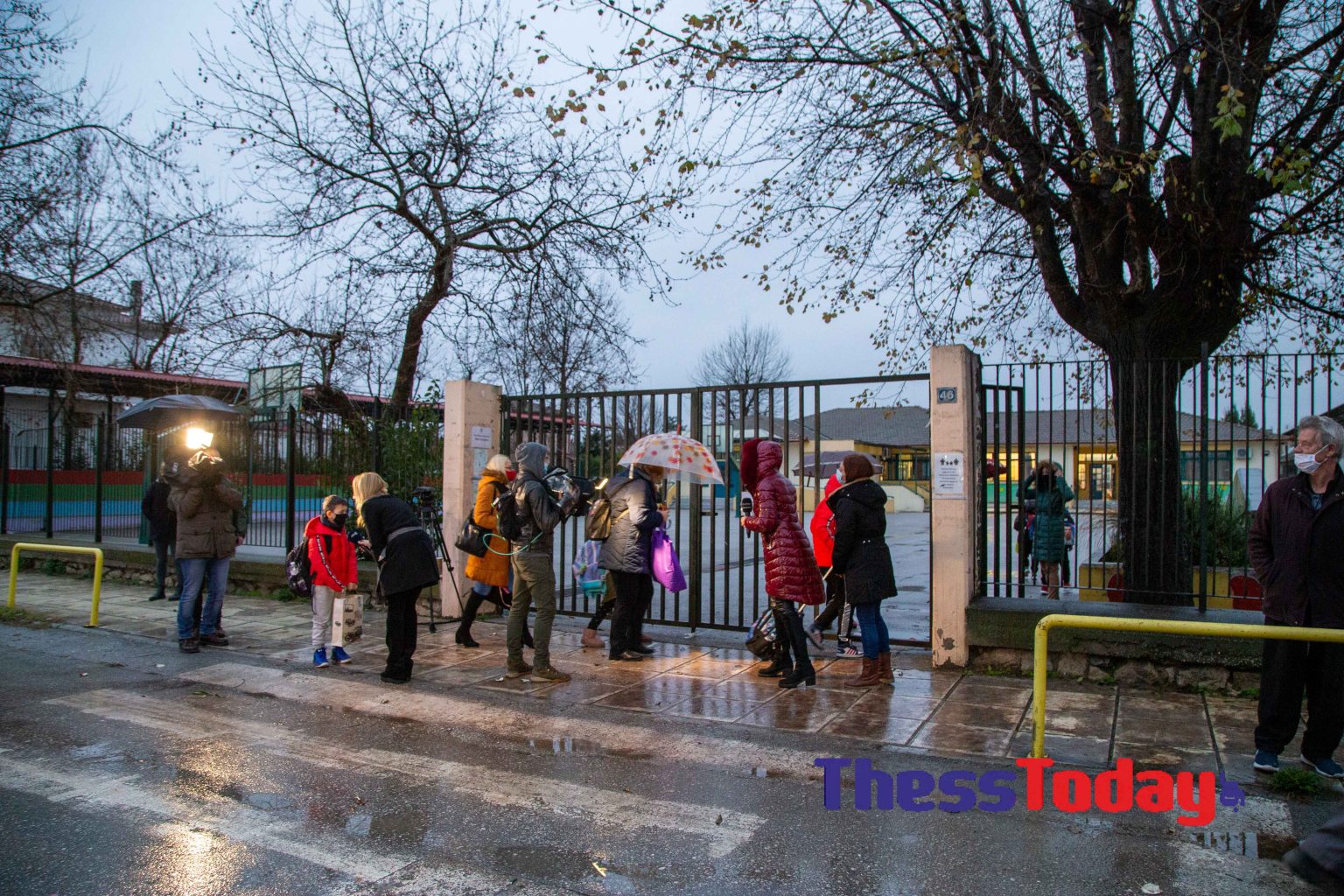 The Greek Education Ministry decided last week to open again elementary schools and kindergartens with the same measures as in September 2020: masks, antiseptics, social distancing. Additionally, arrival and departure at different times. However, no measure to decrease the number of pupils in classes with up to 27 children – as this would cost money and new teachers would have to be hired even temporarily.

Therefore, it ordered the frequent opening of windows in the middle of winter. Meteorologists warn of sharp temperature drop by 10 degrees Celsius and heavy snowfalls also in low altitudes as of the middle of the week.

Parents in those schools are divided over the “blanket advise.” Some of them were willing to abide with it and some found it “ridiculous.”

Citing sources from the Education Ministry, ANT1 TV reported that “the blankets in Halastra” was an isolated incident and it plans to investigate the issue.