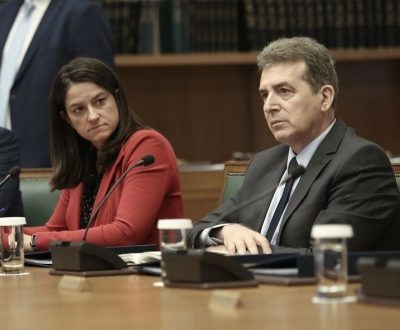 Despite objections by several university rectors, Greece’s Education ministry presented a bill providing, among others, the presence of police officers inside universities campuses. The bill foresees also other outdated “reforms” such as the establishment of a disciplinary council to punish students.

On Wednesday, Education Minister Niki Kerameus and Citizens’ Protection Minister Michalis Chrysochoidis presented the  ambitious bill that aims to improve the quality of higher education and get rid of “lawlessness in university campuses,” as it was characteristically said.

The draft bill foresees the creation of a special team tasked with securing the country’s university campuses.

The bill stipulates that a total of 1,000 guards will be hired for this purpose. They will not be armed, will wear special uniforms, have policing responsibilities and will answer to directly to the chief of the Greek Police.

Minister Chrysochoidis said the new measures were necessary to protect students, staff and facilities “from the violent activity of certain groups.”

“We are putting forward a comprehensive plan for the protection and security of university institutions,” he said adding that the police teams “will be distributed and redistributed in the universities according to their needs.”

The teams will “will cooperate with the rector and vice-rector of each university, will have full police duties, but will not carry firearms,” Chrysochoidis said.

The Minister justify the new measure saying that “universities are critical public infrastructures that receive security and protection threats internationally.” He added that “Greek universities face additional threats in addition to natural disasters, cyberattacks, etc., such as the violent action of certain groups.”

According to state broadcaster ERT, these teams will be initially deployed to five universities: 3 of them in Athens (Athens University, Polytechnic School and Economics University ASOEE), in Thessaloniki and Patras.

The majority of the Rectors disagree with the police plan as it essentially abolishes the constitutionally guaranteed self-administration of the universities.

Staff at the Polytechnic School in Athens issued a statement in which they said they are “unanimously against the presence of police.” Higher education facilities are not “permanent centers of lawlessness as the Ministry claims,” they said among others.

Students speak of a “casus belli,” and probably prepare protests.

It is not just the police presence that bothers students. The bill also introduces a minimum university entry requirement and maximum duration periods for degree programs but also a “repressive provision” that of setting up a disciplinary council for students.

The disciplinary council will be called among other to investigate a range of “offenses” from copying during exams, to student mobilizations and squatting. The sentences will range from simple reprimands to expulsion from university.

The bill is scheduled to be put to public electronic consultation immediately.

PS Highly interesting that amid the pandemic and the urgent needs in the country’s health care system, the only ministry that is hiring is the Ministry of Citizens’ Protection.

The same ministry that calls the police on duty, the Education Ministry, does not spend a euro to hire teachers and eventually rent space to have smaller classes in schools.

The aim of these two ministers and the PM indirectly is “Control, Control, Control” of a society they probably love to hate hate – or they are simply “paranoid” and completely anti-democratic.

At the same time, crime, burglaries, thefts and even shootings on open streets like two days ago in an Athens district continue to prevail. 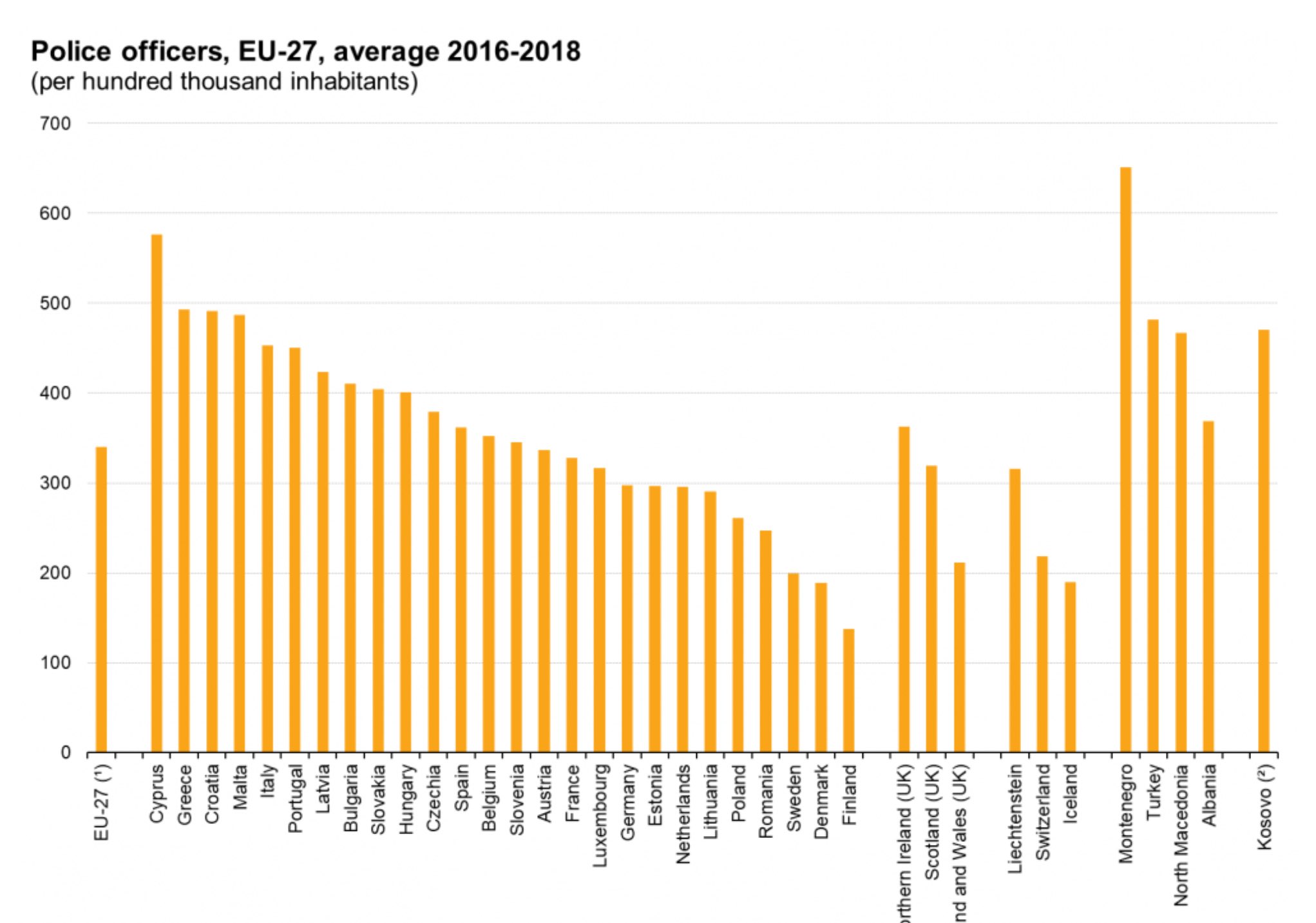 When it comes to police officers per 100,000 inhabitants in the EU, Greece comes second after Cyprus – via eurostat.