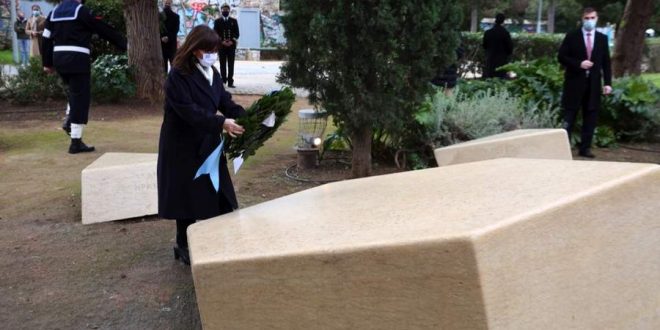 Greece’s President Katerina Sakellaropoulou and Prime Minister Kyriakos Mitsotakis marked the 76th anniversary of the liberation of the Auschwitz death camp on the Holocaust Remembrance Day.

“The Holocaust is the most extreme manifestation of evil in human history and the most painful legacy of the twentieth century,” Sakellaropoulou said after she laid a wreath at the Holocaust memorial in Athens.

“Millions of people were exterminated – not for something they did, but for what they were,” she said.

“The Holocaust concerns all of us, not only the Jewish people,” Sakellaropoulou said, stressing that the Holocaust “is forever putting our historical conscience, our moral principles to the test. No one is immune to barbarity,” she said.

“Cultivating historical memory, safeguarding [society] against hate speech and being vigilant in safeguarding democracy and human value are a bulwark against the onslaught of evil,” the Greek President said.

On his part, Prime Minister Kyriakos Mitsotakis honored the Day with a tweet and a meeting with Moses Elisaf, the first Jewish mayor in the country.

“The freedom,the reason and the dignity,the very nature of man were murdered in Auschwitz” Mitsotakis tweeted. “We honor the memory of Jews and particularly of Greek Jews that lost their lives in the Holocaust. Memory must translate into constant vigilance and action against the Absolute Evil.” 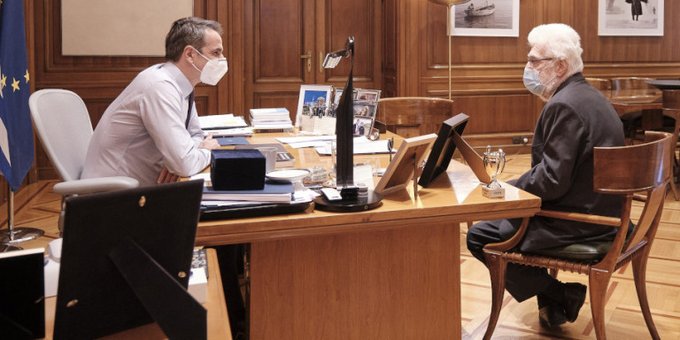 “It is my pleasure on this very symbolic and special day to welcome the first Jewish mayor in our country,” the Prime Minister said welcoming Elisaf in his office. He stressed that Greece honors the memory of the victims of the Holocaust, including tens of thousands of Greek Jews who were persecuted and exterminated in Nazi concentration camps.

Elisaf briefed Kyriakos Mitsotakis on the history of the Israeli communities of Epirus, making special mention of those who survived the atrocity of the Nazis, among them his 97-year-old aunt, Chrysoula Elisaf.