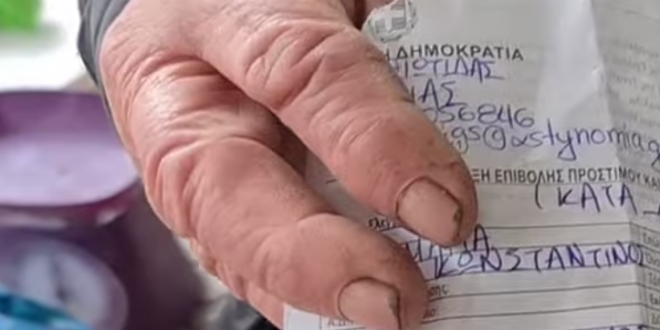 Police officers in Lamia, central Greece, fined an 80-year-old granny with 300 euros for “unnecessary movement” during the lockdown restrictions. The fine is a slap in the face of the ethos of a whole society as it comes just two days after the corona-party with the Prime Minister and an entourage of 40 people on the island of Ikaria with a strong presence of police. And no issued fine, of course. 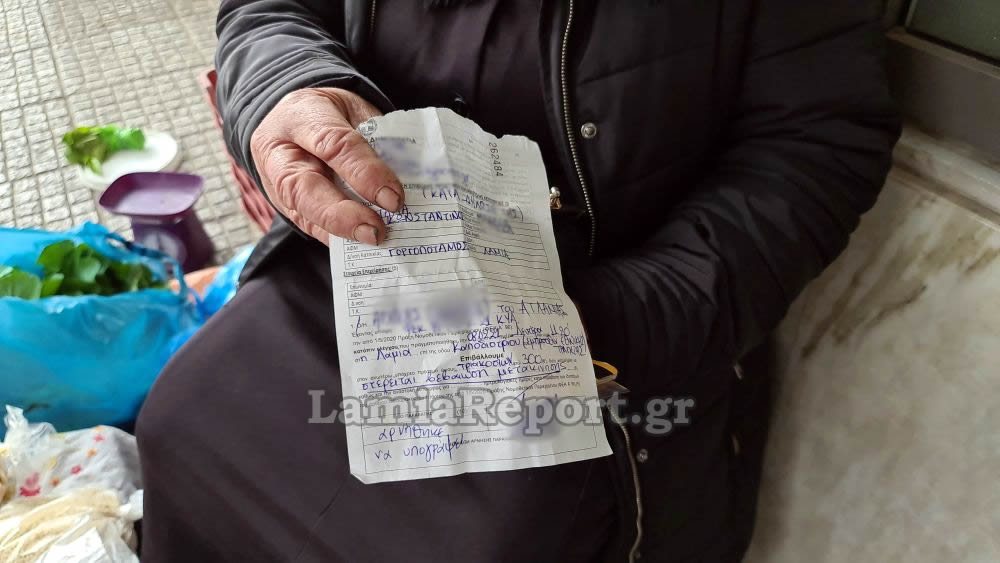 According to local news website lamiareport, police officers fines the 80-year-old woman who was selling veggies grown in her garden at the central square of the city.

“They asked for my ID, my name, my father’s and mother’s name,” the granny told lamiareport.

She added that she doesn’t sell the veggies and other things for money but that she needs to go out for a few hours to see people in order “not to go nuts….”

“I can not stay at home. It is full of photos of the dead,” the woman said with tears in her eyes. She added that she has lost two children and her grandson in different traffic accidents, her husband and her son-in-law.

She told the reporter that she had attempted suicide on the grave of her grand-son and that doctors have advised her to go out of home for as long as possible.

According to lamiareport information, there was also a woman at the spot who had complained to police that the granny did not have license to sell things and she insisted police issues a fine for the 80-year-old.

While there is an outrage for the fine to an 80-year-old on social media, there is a wave of solidarity and support in the local community. Citizens have been calling and sending messages to lamiareport offering to pay the fine. Even the mayor has reportedly offered a helping hand.

The local community is determined that the granny won’t have to pay the fine and seeks solution so that she can go out of home for a break from the endless pain.

According to latest unconfirmed reports the fine has been scrapped. 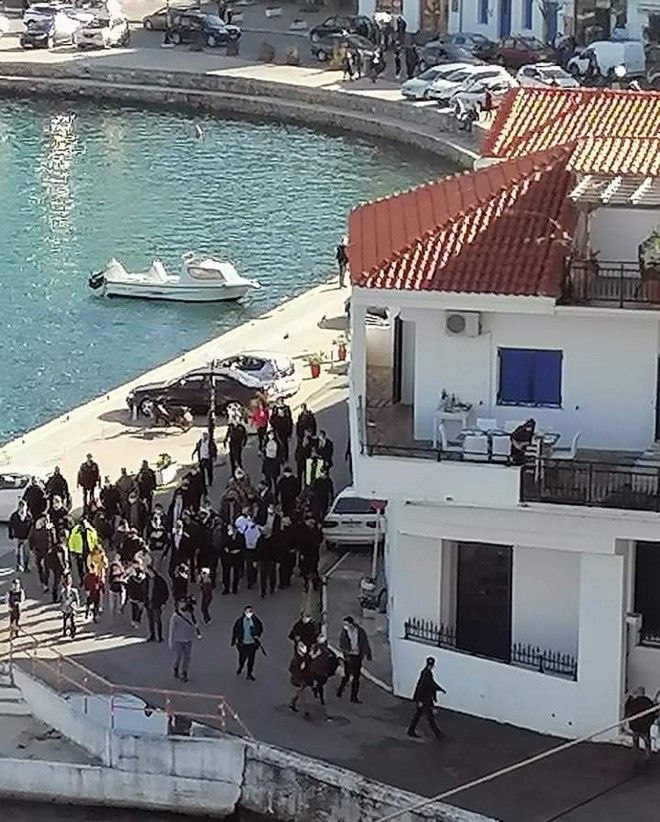 Meanwhile, the entourage of PM in Ikaria does not have to pay any fine because as the host, an MP from ruling New Democracy, said “it was a quick lunch, everybody kept safety measures like wearing the mask if not eating or drinking.” He added that “the lunch was outdoors, safety distance was kept between the tables and the number of people per table (9)  was also according to the rules.”

What rules? The famous Greek “double standards rules” because police fine a man for hosting a lunch in his yard with 3 friends. Yesterday, Sunday. 300 euros for each participant, 1,500 for the host.

As everybody wondered “why restaurants remain closed then” the MP who is also a doctor for heart diseases claimed further “that everybody was inoculated.”

PS Police should investigate then whether the company of 40 people were all health workers and people of over 80 years old, because this is the protocol listing for Greece’s vaccination program against Covid-19.