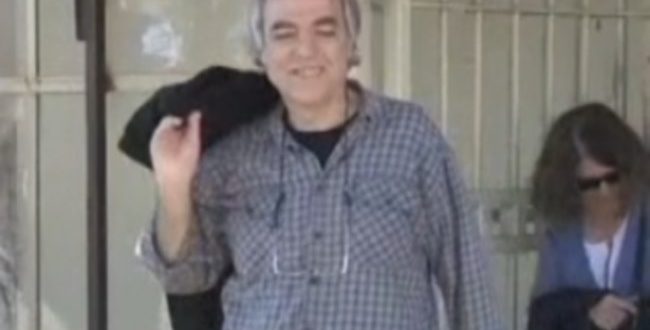 Judicial authorities ordered the force-feeding of “17. November” convict Dimitris Koufontinas who is on hunger strike on the 48th days and on thirst strike since Sunday. The order was reportedly issued following suggestion by doctors in Lamia hospital where he is in ICU since last week.

According to international laws, force-feeding prisoners on hunger strike is considered torture provided prisoner is “capable of forming an unimpaired and rational judgment.”

This was clearly stated in a statement by the Federation of Hospital Doctors OEGNE on February 15.

The local prosecutor of first instance court ordered that all necessary medical measures be taken to ensure that the convict continues to receive liquid pharmaceutical treatment.

According to state-run news agency amna, Koufontinas has refused since Monday evening to receive all liquids, including water and pharmaceutical treatment, and is refusing to consent to their provision, reads the prosecution office statement. The patient also “attempted self-harm by forcibly removing a catheter on his left arm,” which was prevented by the immediate intervention of medical staff at the intensive care unit where he is currently treated.

The order was issued at the suggestion of doctors “for the purpose of ensuring the life and health of hunger striker Dimitris Koufontinas, who, according to the attached medical documents, fell into a state of immediate danger for his life or serious and permanent damage to his health”, was added in the statement.

Koufontinas has been jailed at the Domokos agricultural prison, near Lamia, Central Greece. He began hunger strike on January 8 after authorities refused his transfer to Korydallos prison in Athens, where there is a ward special reserved for the convicts of the terrorist organization.

He was sentenced to 11 times life plus 25 years for the murder of several people.

His lawyers and other prominent lawyer sin the country say that “authorities refusal to trasnfer him to another prison violates his rights as imprisoned.”

“State laws apply both to free citizens and to those serving prison terms for criminal activity. Democracy is guarantee for justice and respect of rights. It  doesn’t take revenge neither is being blackmailed!

In a statement issued on Wednesday morning, the Union of Judges and Prosecutors appealed to the state to reconsider its position towards Koufontinas.

“Justice is a concept inherent in grace and humanism,” the Union said, among others, and calling on “the state to reconsider its position on the issue of the treatment of imprisoned D. Koufontinas, whose life is in immediate danger after several days of hunger and thirst strike and to take all legal measures to protect life and of his health.

The crimes he committed were condemned both by the Greek Courts and by the collective conscience. “Democracy has solid foundations and strong institutions that allow it to combine the requirement of compliance with the law with the observance of the principles of humanity,” the Union underlined.