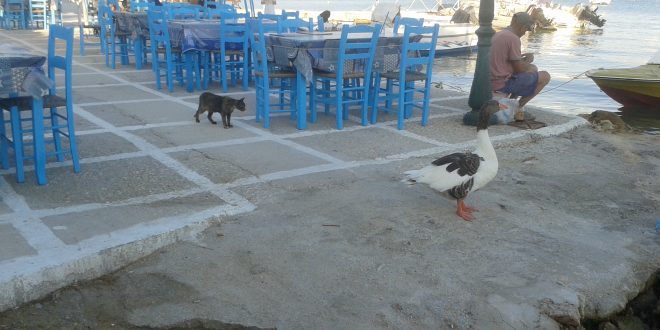 The Committee of epidemiologists and other health experts advising the Greek government will hold an extraordinary meeting on Wednesday, March 17, to assess the epidemiological situation and to consider when and how the lockdown restrictions will be lifted.

The prolonged lockdown, in the 4.5th month now, has increased citizens’ fatigue with results opposite to those expected from the measures:  increase of Covid-19 related hospitalizations and intubations.

Citizens and business people are on the verge of nervous breakdown – and some maybe already beyond that.

On Tuesday, after the long Carnival-and-Clean Monday weekend, the government has leaked information to the press that ‘both health experts and government officials are to adhere to the original plan for a partial lifting of measures in retail and catering.”

Further it has been said that “the goal is to enable citizens and businesses to relax, since what is recorded is that the lockdown does not work since the daily cases instead of decreasing are increasing.”

Already last week a few media reported roughly of a road map prepared by the government with the aim also to open for tourists by mid-May.

The gradual reopening of economic and social activities on March 22 and 29, 2021, media report on Tuesday.

Hairdressers could open first, the retail a week later.

There is reportedly also consideration for a shorter curfew on weekends: that is to start at 9 pm and not at 7 pm (Athens & Thessaloniki), 6 pm in other regions.

Also the restriction for <6> “personal exercise” within municipality boundaries may be lifted and allow citizens to enjoy the fresh air on the mountains or at the sea not only on foot but also by car.

An additional number <13031> for sms only for retail shopping will go in force, and there will be a time limit of 3 hours.

There are strong indications that also hair- and nail salons and beauty parlors will open.

Online education until March 29. Gradual opening in the first April week, priority are Gymnasiums and Lycees that have been in online classes a total of 7 months since March 2020.

Probably a week later, opening of primary education and kindergartens.

The initial plan was that restaurants and cafes open only outdoors in mid-April, however, after the dramatic increase in new infections, the government reportedly backed down.

Now there is consideration to reopen the sector on April 19 with sitting customers only and safety distance, when the weather conditions will be improved and the rate of inoculated population will be increased.

Restrictions most possible to start at the end of April, while the end of obligatory sms is considered to take place in May.

Note that the Greek Orthodox Easter is celebrated this year on May 2 and a mass exodus of Greeks to villages and the countryside is considered as certain.

According to state and Tourism officials the first tourists will be allowed in the country with either “vaccination certificate” or negative PRC test or antibodies test as of May 14.

It is reportedly being considered that tourists from Israel and some EU countries no longer in “red” may allowed to come to Greece earlier.

The plan reportedly aims to gradually open them in June and July, bars initially open until 1 o’ clock after midnight.

Independently of the government plans and the epidemiologists evaluations for the lockdown measures, another “extremely difficult week kicked in for the National Health System (ESY) on Monday as intensive care units in Attica approached 100% capacity and hospital admissions remained at a high level.”