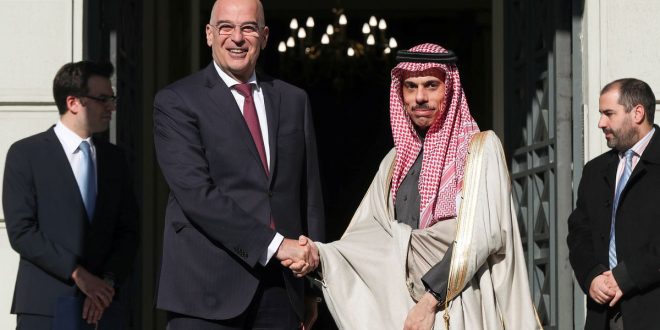 Greece and Saudi Arabia have signed a deal to lend a Patriot air defence system to the Arab country to protect critical energy facilities, GreekForeign MinisterNikos Dendias said on Tuesday.

“We signed an agreement to move a Patriot battery here in Saudi Arabia,” Dendias said in a press release, adding that he also signed a cooperation agreement with the Gulf Cooperation Council.

“This is a big step forward for our country regarding the cooperation with the Gulf countries and also a contribution to the wider security of the energy sources for the West,” he added.

The U.S.-made Patriot system will be used to protect critical energy facilities in the kingdom, a Greek diplomat said.

Yemen’s Iran-aligned Houthi movement, which is battling a Saudi-led coalition that intervened in the country’s war in 2015, has stepped up drone and missile attacks on Saudi targets in recent weeks.

The Patriot system is designed mainly to counter high-altitude ballistic missile attacks, which the kingdom has often had to deal with since intervening in Yemen. [reuters]