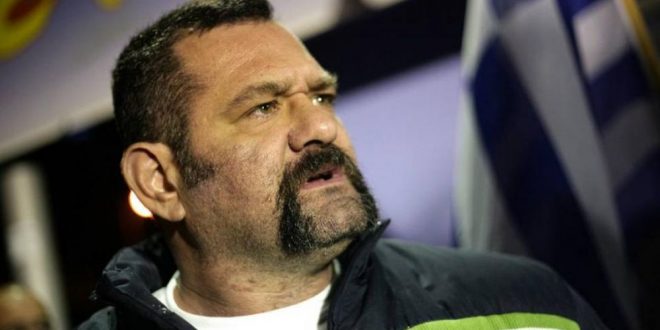 Belgian police arrested Golden Dawn convict Ioannis Lagos, just a few hours after the European Parliament published the voting results to lift his immunity. The ex MEP was arrested in his home in Brussels Tuesday noon and he tweeted “from the police car” confirming his arrest. the Belgian authorities enforced the European Arrest Warrant issued by Greek authorities. Procedures to be extradited to Greece is a matter of time.

The European Parliament voted to lift the immunity of Golden Dawn convict criminal MEP Ioannis Lagos. He was planning to flee to Norway, Greek media reported.

In a secret vote late on Monday evening MEPs voted 658 in favor of immunity waiver, 25 against and 10 abstentions. the vote result was announce don Tuesday morning. 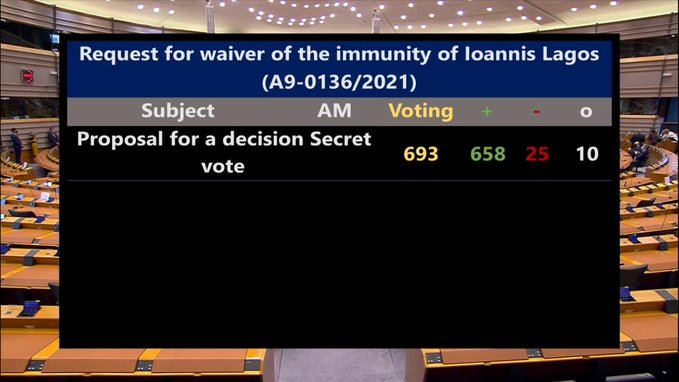 The vote result opens the way for his arrest by the Belgian authorities and his extradition to Greece to serve a sentence of 13 years and 8 months in prison. However, Greek media reported on Monday that he was planning to leave Belgium for Norway.
According to an exclusive report by website tvxs.gr, Lagos had a Covid-19 test at the testing center in EP on Monday and declared as reason for the test that he would fly to Norway on Wednesday. 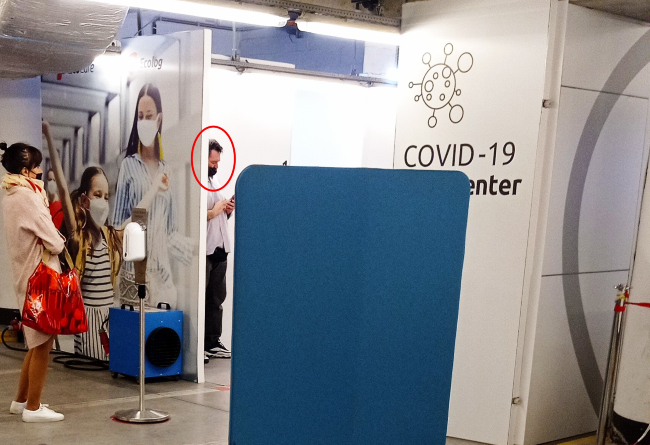 The website suspects that Lagos would seek refugee in far-right groups in the Scandinavian country and recalled that the far-right extremist who killed 77 people in 2011, Anders Breivik, had expressed admiration for Golden Dawn.
Theoretically, Lagos could seek political asylum in Norway which is not a n EU member, however, European Arrest Warrants have been extended to Norway since 2019.

Making use of his MEP immunity, Lagos left Greece on October 7, 2020, on the day a court would announce the sentences for dozens of Golden Dawn members and the party leadership for leading a “criminal organization.” Lagos had gone independent when GD got into real judicial trouble.

Greek authorities has issued an arrest warrant after the MEP had left the country.

The question is now whether Greek authorities have already issued a European Arrest Warrant for Lagos or they will do it after the immunity waiver. If there is a Warrant, Belgian authorities should arrest him as soon as possible and decide on his extradition to Greece.

PS Are Greeks quick enough or is Lagos (hare in English) quicker?