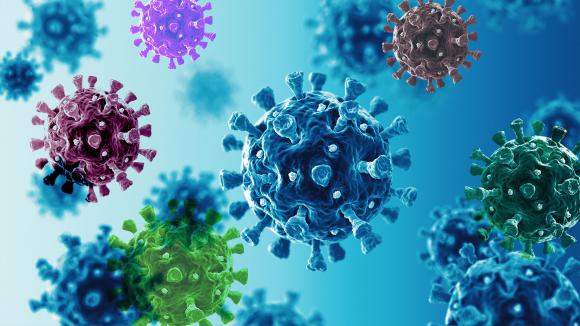 No evidence of an “Athenian” mutation of Covid-19, says Greek medical experts

May 18, 2021 CORONAVIRUS, FEATURED Comments Off on No evidence of an “Athenian” mutation of Covid-19, says Greek medical experts 1,101 Views

There is nothing to indicate a mutation of the SARS-CoV-2 virus of Greek origin, professor Gkikas Magiorkinis and National Kapodistrian University of Athens Rector Thanos Dimopoulos, both of whom are professors at the NKUA School of Medicine said on Tuesday afternoon.

Their statements come after several Greek health experts spoke of an “Athenian mutation” of the coronavirus that has been detected in the center of Greek capital Athens.

Gkikas and Dimopoulos pointed out that the naming of novel coronavirus variants is a complex process, given that the creation of mutations is extremely frequent in RNA viruses, even those with correction mechanism like SARS-CoV-2.

When this process of mutation leads to a strain that spreads in the population and is sufficiently different, either through chance or because it has some advantage, this creates a new lineage that is named as a variant and which in the past was named after the location where it was first detected.
This method has now been abandoned in favour of a method that uses a combination of letters and numbers that indicate a strain’s evolutionary history, they added.

In the case of the variant B.1.1.318, which is the second most frequent variant detected in Greece in recent months, this was first reported in Nigeria but has already been detected in many other countries on the GISAID platform, including the United Kingdom, Belgium, Austrian, Germany, Sweden, Finland, France, Luxembourg, Switzerland, Slovenia, United States, Canada, Australia, Japan, Singapore, Bangladesh, Argentina, Gambia, Gambon and Turkey.

Consequently, the two professors noted, there is no indication that the specific strain is of Greek origin or in any way peculiar to Greece, while there is no clear evidence indicating that it is more transmissible, dangerous or less susceptible to vaccines and it’s not on the list of variants of concern, state-run news agency amna reported.