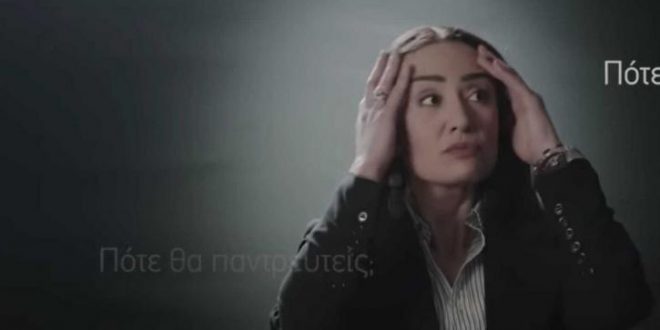 Following a social outcry over a sexist video, the President of the Hellenic Republic and the Secretariat for Gender Equality withdrew their support from the highly controversial “fertility conference” schedule to be held next month in the city of Ioannina. Withdrawn their support have also state broadcaster ERT and news agency AMNA as well as TV-personas and showbiz people.

The “1. Conference on Fertility and Reproduction Autonomy ” features on its speakers list religious leaders, conservatives politicians and members of the media elite and surprisingly enough just a few female speakers. But this was not the main reason for the wave or protest by women, men and organizations who accused the organizers for promoting “alt-right ideology” and have the conservatives to talk about the women’s decision to have children.

Main reason for the outcry  the TV-spot promoting the “medical conference” that squarely puts the blame for infertility on the shoulders of women, especially those who ‘squandered their child bearing years’ on getting an education and career.

via OpenTV (as it has been removed)

The woman is presented as responsible for the low birth rate in Greece and is called upon to have children as long as she can, as – according to what is heard in the spot – after the age of 40 she will not be able to have children and her life will have no meaning, neither her degrees nor her career.

«The 4 on your two-digit age does not allow you to become mother. What have I done wrong?” the woman asks in desperation. 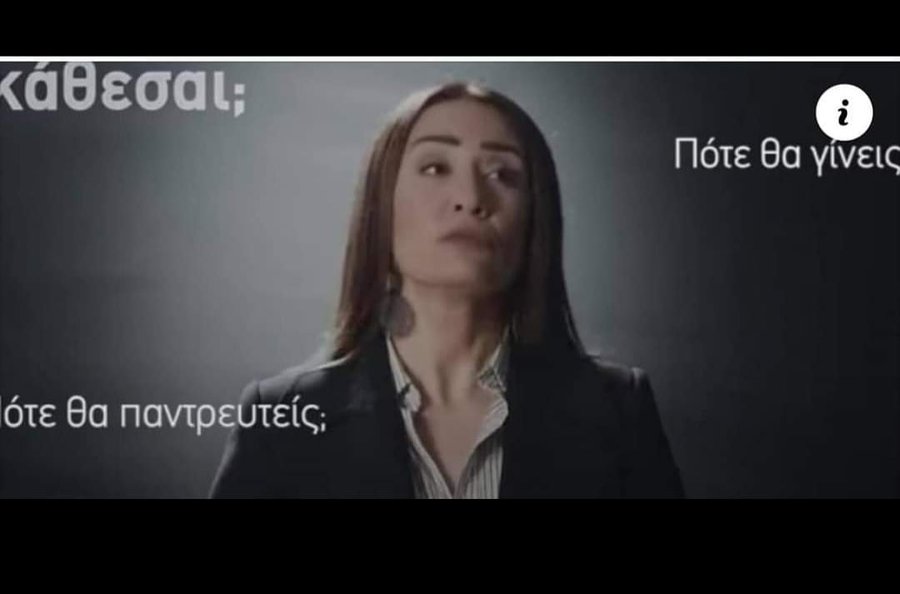 “You did nothing wrong. You just didn’t know” the voice of moral and social vigil, tells her.

Under the Spot posted on Youtube, dozens of users expressed their dissatisfaction and anger with the content, which they described as “incriminating, racist, sexist and derogatory for women, as it reproduces conservative stereotypes and sexist models about the “obligation” of women to have children and their role in society.

Many also drew attention to social difficulties of having a child such as little to zero support by the state and the low wages since 2010.

Meanwhile, the spot has been taken down from Youtube the the conference’s website and removed were also some 20 support videos by journalists and artists who were invited for a support video without knowledge of the ideological content of the conference, as many of them said.

Deputy Minister to the Prime Minister Thodoris Livanios posted: “The right to self-determination is non-negotiable. Anything that offends a woman’s personality and limits her role is anachronistic and unacceptable. ERT and AMNA are withdrawing from communication sponsors of the first conference on fertility and reproductive autonomy “.

Save the nation Conference

The conference was under the auspices of the President of the Republic and the support of the Secretariat for Gender Equality, the Tourism Ministry and state institutions. 8 out of 10 speakers are men, among them ministers and lawmakers with far-right background, dozens of “representatives of Our Church, enlightened religious leaders.” [sic!].

The call for the Conference  aspires to address women’s information gap about infertility and reinvigorate nuclear family.

It states that “having children and starting a family is the joy of life” and supports “‘creating a “nuclear” family in early years.”

Also that “a state that should not focus on the extremes, on the care of children and the elderly, but on the central pillar, which is the couples in reproductive age, because that is the only way to ensure children and the elderly, while at the same time inspiring security and confidence in the productive class of the citizens, shining the shield of the family in its “home”, in its country, in its heritage and in its history.”

And notes that “this year, an anniversary year for our country, 200 years after the Greek Revolution, we are now able to responsibly chart our future and leave our own mark on tackling the scourge of the low birth rate that threatens our nation with extinction.”

A core belief for Greece’s Right and far-right is the idea that the country’s low birth rights, will lead to “the extinction of the Greek race.”

Following the support withdrawals, the organizers (all males) issued a statement saying that that they did not intend to insult the dignity of women and claimed that the spot was misinterpreted.

One of the organizers, Greece’s famous in-vitro fertility doctor Konstantinos Pantos told media on Sunday afternoon that they consider to cancel the conference.

Some far-right tabloid media blamed “feminists and human rights supporters” for cancelling the freedom of speech of the church.

UPDATE:
Following the ongoing furious comments on social media and consequently the massive withdrawal of state and private support, organizers announced on Monday morning that the Fertility Conference has been cancelled.

PS I always thought it takes two to produce child, but the Greek conservatism and the Church wants to teach us otherwise. Is this what “Reproductive Autonomy” in the Fertility Conference title mean? Nope. It means that Greece will not have to “import” foreign laborers…