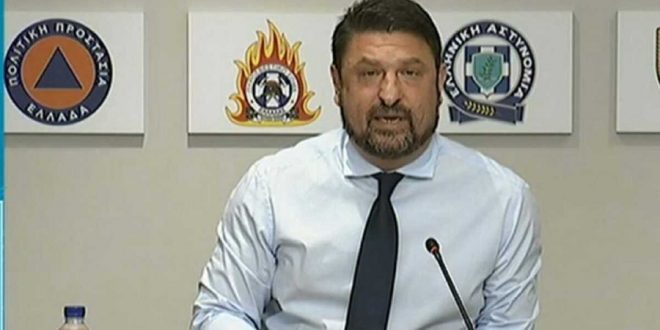 Head of Greece’s Civil Protection and Deputy Minister for Crisis Management Nikos Hardalias was hospitalized on Monday after an ischemic event.

With a new fire on Monday morning in eastern Attica, Hardalias was at the Civil Protection Operations Center when the event occurred.

He was transferred to Agia Olga public Hospital in Athens.

The 53-year-old man had to deal with the coronavirus crisis for one and a half year as well as with the devastating forest fires of the last two weeks in addition to the health crisis as the coronavirus infections rose again in the past few weeks. He had often to serve as “the punching bag” for any failures of the government regarding the management of these two crises.

Last Saturday, Hardalias hosted an event to show Greece’s gratitude to firefighters from foreign countries that responded to the country’s call for assistance.

The General Secretary of Civil Protection took over Hardalias’ duties for as long as he remains in hospital or he is allowed to return to work.