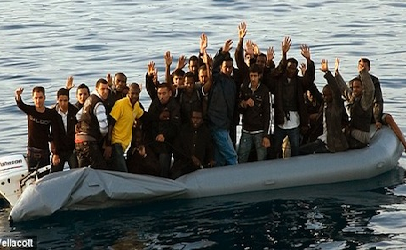 Greece’s Migration and Asylum Ministry assigned a company for a campaign to convince Afghan citizens not to try and reach Greece. The campaign is financed at 75% with EU funding.

The campaign worth 73,532 euros (including Value Added Tax) has a duration of 3 months and will include videos and online banners, promotion on several social media targeting 4 million impressions, but also ads on Afghan newspapers.

The assignment to a Greek company that won the bid follows one month after the fall of Kabul into the hands of Taliban.

In a press release published on Friday, the Migration Ministry said, among others, that the  international information campaign aims to “prevent illegal immigration flows” but also to “provide more complete information and awareness to quasi-illegal immigrants, so that they do not fall victim to traffickers and do not endanger their lives.”

The main message of the campaign is that Greece guards its borders in an organized way and does not allow illegal immigration flows, implementing a strict but fair immigration policy, always respecting European and international law, the Ministry said adding that due to the latest geopolitical developments, in Afghanistan, where the majority of immigrants who come to our country in recent years come from.

The campaign is co-financed by the Asylum, Immigration and Integration Fund of the European Union, by 75%, the Greek Migration Ministry said.