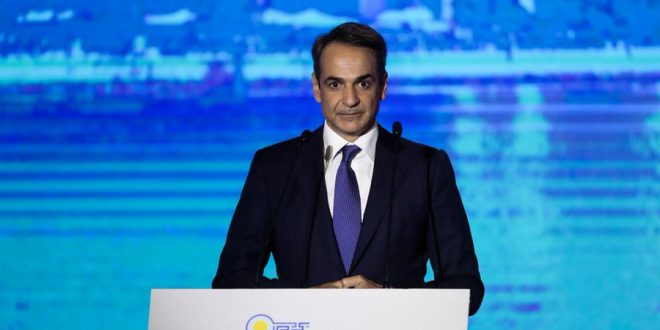 Poll: ND-SYR difference drops to 10.9%, majority of Greeks say policy measures “do not affect them”

Over half of the Greeks consider that the economic policy measures announced by PM Kyriakos Mitsotakis do not affect them. At the same time, ruling New Democracy is losing in public opinion polls in September 2021, when compared to a year earlier.

According to a MRB public opinion poll conducted on behalf of Star TV and presented on Thursday evening, New Democracy lies ahead of enjoys a lead of 11.9% over main opposition SYRIZA with 10.9%. A year earlier the difference was 17+%.

Should there be elections next Sunday, respondents said they would vote for: 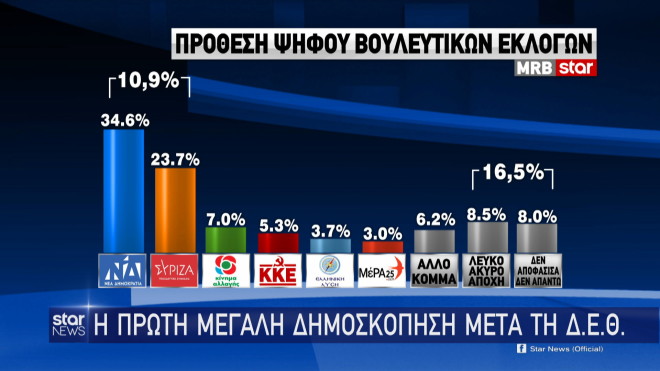 58.4% of Greeks said they view the policy announcements as “not at all or somewhat effective.” 30.4% said that measures are “more or less” effective. Only 3.2% said the measures were “very effective”.

Regarding the pandemic management by the government, 54% said the considered it “negative” and “rather negative.” 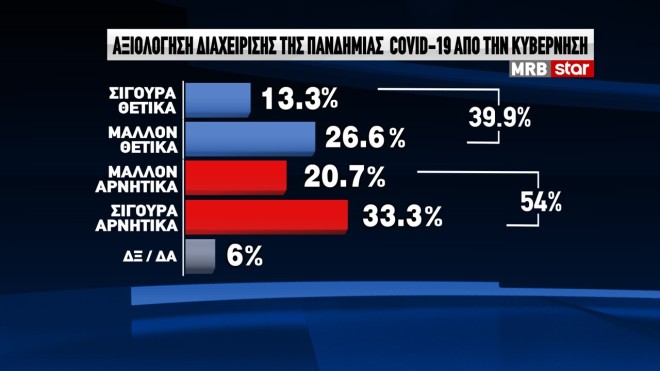 With the regards to the government reshuffle last week, 50% of respondents said it was a move “more or less in the wrong direction.” 25.1% said it “definitely moving in the right direction.”

55.3% said they consider the appointment of Thanos Plevris (far-right) was “negative”, while the rates for the Cypriot Christos Stylianidis were almost even. More details on the poll at STARTV.