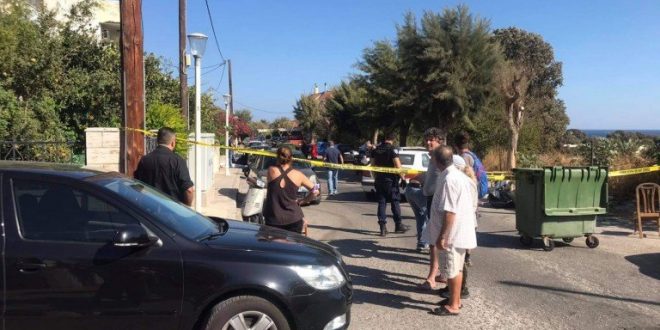 A 32-year-old woman was gunned down by her former partner on the island of Rhodes early Wednesday afternoon. The victim was parking near her home in Rodini village when she was shot twice and died on the spot. The woman is the 11th victim of femicide in the country this year.

The gunman was reportedly found to have committed suicide in his home in Theotokos area in the city of Rhodes, short time after he shot the woman.

According to local media dimokratiki, the victim is Dora S, a teacher specialized in special education.

The gunman was on a rented car and there is information that a second passengers was in the car as well. He allegedly used a hunting rifle.

Police launched a manhunt but in the end officers found him dead in his own home. He had used the same rifle, local media report.

Gunman and victim were in relationship but had broke apart recently.

The 40-year-old perpetrator had lurked the victim near the parking and shot twice at her she was stepping off her car, local newspaper rodiaki notes.

According to latest information, police found a notice in which the gunman wrote: “There is no sense in living without the one I Love.”  The couple was reportedly two months together.

Dora S is the 11th victim of femicide in Greece in 2021. Especially in recent months, such incidents increased to unprecedented level.

PS what kind of men are these, who and how were raised in the 21st century to believe that they have all power over the body and the mind of a woman, who should never leave them?

More than 100,000 jobs in hospitality sector are expected to remain vacant in the tourism …