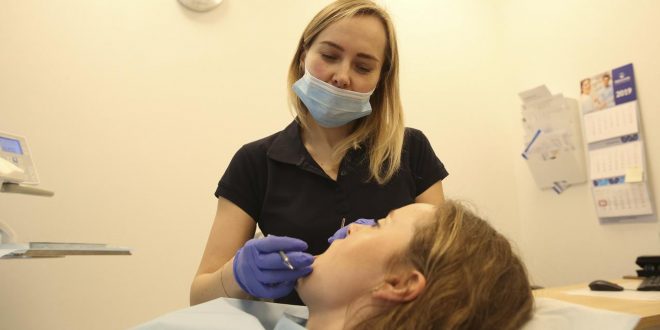 After a series of statements and ruling that created confusion and uproar among dentists and their clients, Health Minister Thanos Plevris said that the Dentists’ Federation will decide whether it requires a rapid test before a patient visits their office.

Speaking to Skai Tv on Saturday, the minister said that the controversial measure of having both a patient and an accompanying person do a rapid test before a scheduled visit “was a ministerial decision I found from the start.”

The measure, first announced by the media, caused an uproar with dentists, who felt that they were not consulted and who voiced concerns that the measure would further avert reluctant patients from honoring their appointments.

Plevris said that a dentists’ representative on the health committee on the coronavirus pandemic attended a relevant meeting on Thursday at which all sides said that the dentists themselves should decide which medical procedures were likely to spread the virus, and require a rapid test for those.

PS As KTG said on a previous post about the issue: better ask directly the dentist.