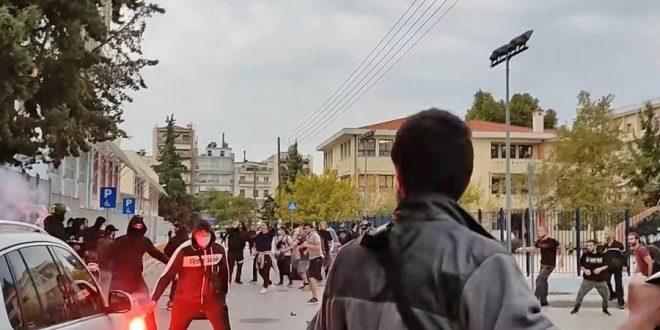 High school pupils and university students clashed outside an EPAL vocational school in Stavroupolis suburb of Thessaloniki on Tuesday morning. At least, two people were injured. Eyewitnesses speak of an ideologically motivated clash as the attackers are known to belong to far-right front. 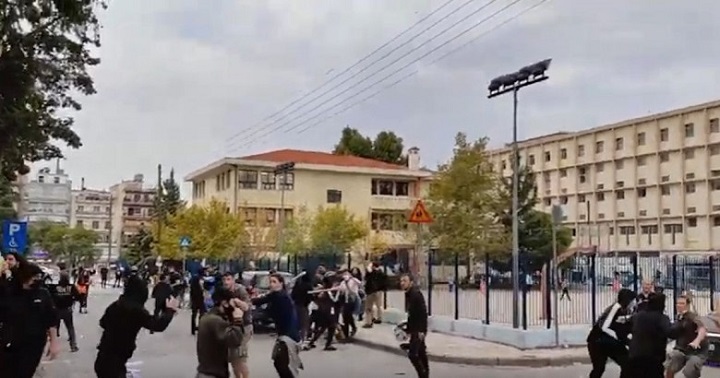 The brawl started when a group of some 30 youngsters wearing hoods came out of the school premises and attacked a students’ rally protesting an assault on leftists distributing leaflets last week.

Next to the hoods, the attacking teenagers were wearing helmets and were armed with sticks and other items. Some witnesses said that they saw also knives.

Police arrived after the brawl was over and it is not known if there were any detentions.

“They should have been kicked out school a long time ago,” the 17-year-old witness told local media Voria.gr, describing the attackers as “fascists.”

Pupils told ANT1 that it is not the first time that the group makes troubles and added that they are afraid to go to school.

Antifascist students organizations have called for a protest rally in the area on Tuesday afternoon.

Worth noting that far-right groups in Thessaloniki have been distributing leaflets with content to attract fairly young people who are “discussed” with everything and everybody.