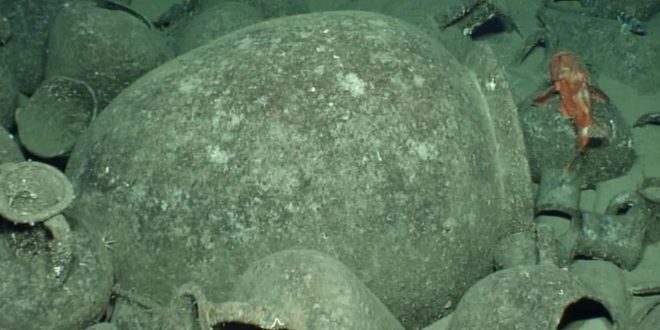 A rare and unique shipwreck form the Classical Era has been revealed during the marine survey for the Crete-Peloponnese subsea interconnection, the Independent Power Transmission Operator (IPTO) announced on Thursday.

The rare shipwreck was revealed while surveying the seabed near the island of Kythera for the construction of Crete-Peloponnese subsea interconnection, the IPTO said. 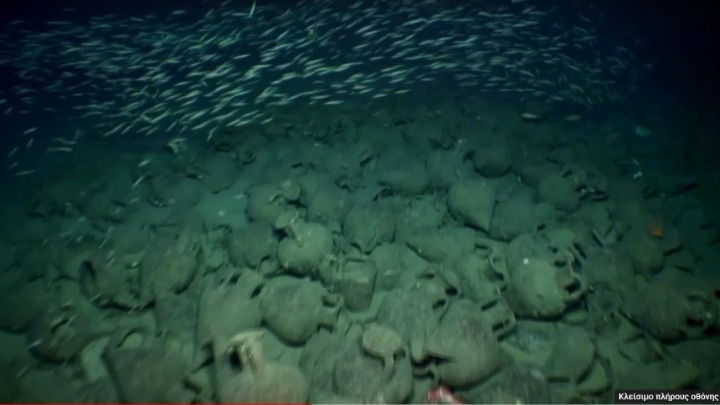 According to the preliminary results of the research conducted by the Ephorate of Underwater Antiquities and the Hellenic Center for Marine Research (HCMR),  with funding from IPTO, the shipwreck which was located at a depth of 222 meters and dates from the end of the 5th to the mid-4th century B.C.

Amphoras originating from Corfu, Skopelos and Chios were identified in the cargo deck of the sunken ship, a fact that indicates developed commercial activity in the Aegean and the Ionian Sea.

The completion of the three-dimensional imaging of the shipwreck, which is in progress, is expected to give an even clearer view of the size of the vessel and the volume of its cargo.

In order for the findings of the archaeological treasure to be showcased and utilized in the best possible way for the benefit of society, IPTO has made known its intention to support possible initiatives for the collection and exhibition of the findings, at the discretion of the competent authorities.

With this contribution, the Operator reaffirms the public benefit aspect of its projects as well as the multiple advantages these bring to society and the environment, with respect to the history and tradition of the country, IPTO said in its statement.