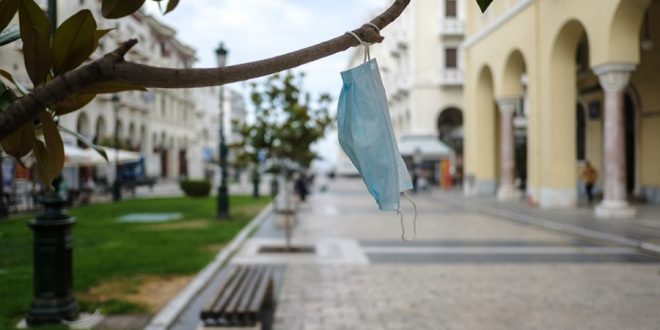 Greek Prime Minister Kyriakos Mitsotakisruled out a full lockdown that would only affect the unvaccinated, in an interview with “Good morning, Britain” magazine of British broadcaster ITV during a visit to London on Tuesday.

“We have a strict policy but we will not go as far as Austria,” the Greek PM said referring to measures implemented in Austria since last weekend and government ministers in Athens stated that they favorite the idea

Greece, said the prime minister, “relies heavily on testing” and has imposed measures banning the unvaccinated from restaurants and other “Covid-free” venues.

“The vaccine passports are working,” he said of the measures, which allow people with certificates of immunity complete freedom.

Since new restrictions went into place two weeks ago demanding negative rapid and PCR tests from all unvaccinated people seeking service at places like cafes, bars and retail stores, Greece has “seen a significant uptake on vaccinations,” Mitsotakis said. The combination of different measures appears to be an “effective strategy,” he added.

The Greek prime minister conceded that the national health system “is under a lot of pressure” and said that the government is “trying to help our doctors and nurses address this spike.”

“But nine out of 10 patients in intensive care beds right now are unvaccinated and it’s a real pity,” he added.

On a more optimistic note, Mitsotakis appeared confident of a “Covid-free summer,” and urged Britons to “book their holidays as soon as possible.”