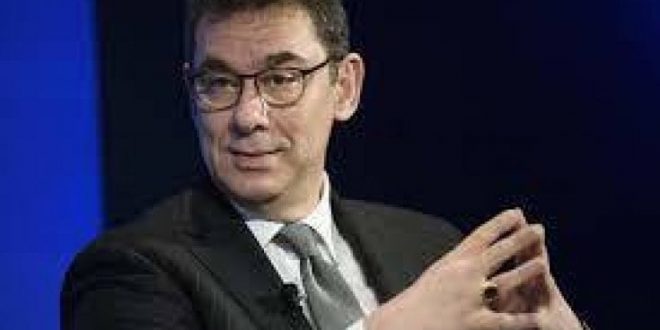 Pfizer CEO Bourla: 4th dose of vaccine might be needed due to Omicron variant

Pfizer CEO Albert Bourla said on Wednesday that a 4th Covid vaccine dose may be needed sooner than expected due to the Omicron variant. Speaking to US network CNBC Bourla said that he originally expected a fourth dose 12 months after the third, but he told CNBC it might be needed faster than that. He argued:

The Pfizer CEO said that people might need a fourth Covid-19 shot sooner than expected after preliminary research shows the new omicron variant can undermine protective antibodies generated by the vaccine the company developed with BioNTech.

Pfizer and BioNTech released results from an initial lab study Wednesday morning that showed a third shot is effective at fighting the omicron variant, while the initial two-dose vaccination series dropped significantly in its ability to protect against the new strain. However, the two-dose series likely still offers protection against getting severely sick from omicron, the companies said.

Bourla noted that a preliminary study by the company was based on a synthetic, lab-created copy of the variant and more data is needed from tests against the real virus. Those real-world results will be more accurate and are expected in the next two weeks, the Pfizer CEO said.

“When we see real-world data, will determine if the omicron is well covered by the third dose and for how long. And the second point, I think we will need a fourth dose,” Bourla told CNBC’s “Squawk Box.”

Bourla previously projected that a fourth shot would be needed 12 months after the third dose. “With omicron we need to wait and see because we have very little information. We may need it faster,” he said.

The Pfizer CEO said what’s most important right now is to roll out third doses for the winter. Public health officials are worried about a spike in Covid infections as people gather more indoors to escape the cold.

“A third dose will give very good protection I believe,” Bourla said. He also said that treatments such as Pfizer’s oral antiviral pill, Paxlovid, will help prevent hospitalizations and control Covid during the winter.

PS and after the 4th dose a 5th dose might come earlier and so on and so on… and the Covid-19 virus will keep on mutating when large parts of the world population in poor countries will remain unvaccinated.