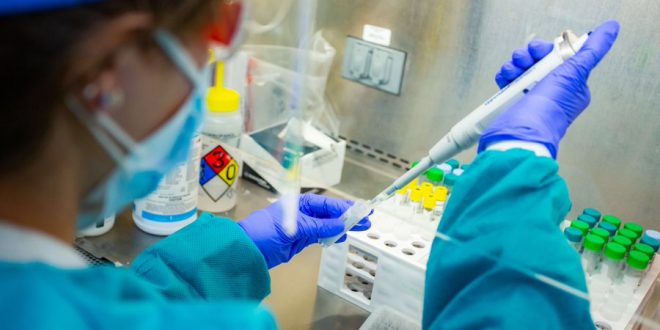 Omicron cases in Greece rise to 26; dozens more under investigation

December 20, 2021 CORONAVIRUS Comments Off on Omicron cases in Greece rise to 26; dozens more under investigation 1,026 Views

Confirmed cases of the Omicron variant in Greece have reached 26, health authorities announced on Monday morning. The majority of them are not related to travel. Dozens of suspected cases under examination.

The confirmed cases of the Omicron variant have reached 26 on Monday from 17 last Thursday.

President of National Health Organization (EODY), Professor Theoklis Zaoutis announced that the 26 confirmed Omicron  cases have been identified on the island of Crete, in Laconia, south Peloponnese, and Attica.

At the same time, dozens more of cases suspected of Omicron are still under the experts’ microscope of experts.

One of those under further investigation is reportedly the case of a student who returned to Larissa in central Greece from the UK. Few days after his arrival for Christmas, he developed symptoms and went to the city’s general hospital. He was tested positive to Covid-19 with indications of Omicron variant. A sample was sent to the state laboratory in Athens for further analysis. Monday noon it was reportedly confirmed the first Omicron case was confirmed in Larissa. The young man is hospitalized with mild symptoms, while authorities proceed with track and tracing of his contacts, local media reported.

However, the majority of the other 26 cases are not related to travel, the level of spread has sounded alert to Greece’s health authorities, notes medical issues website healthreport.gr

At present, scientists do not know the exact effects on the public health of the Omicron variant which is still being studied in detail worldwide. A mutation, however, that seems to lead Greece much closer to new measures, especially after the holidays.

The Greek government appears not willing to take effective, preventive measures before the Omicron spreads across the country, something highly possible due to Christmas and New Year gatherings.

Greek health Minister Thanos Plevris said merely on Monday morning that there are thoughts of a mandatory testing to the general population.