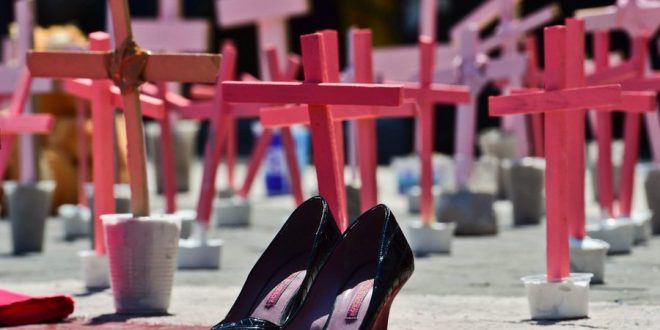 If you still wonder whether misogyny, sexism and patriarchy are still alive and kicking in Greece in the 21st century, statements by a Bishop and and actor of the last 24 hours will enlighten you and have you realize how seriously sick is a part of the Greek society.

First, it was the Bishop of Kozani, western Macedonia, who asked men during the predict at Epiphany liturgy how they manage to live together with “babbling women.” Bishop Pavlos was speaking about “the 2 cents the faithful give each Sunday to Church,” when he interrupted the predict probably due to some murmur among the audience and shouted:

“You women, can’t you keep your mouths shut? How do you withstand them, I would like very much to know?” 80-year-old  Bishop of Kozani and Servia Pavlos said.

Hours later and on the same wave length, an actor called Konstantinos Tzoumas appeared on a morning talk show on a private TV station on Friday morning and claimed that “women’s babbling lead to femicide.”

“The Metropolitan of Kozani is right about babbling women. They talk a lot to the point where you get pissed off. I believe that femicide in Greece are due to a degree to the women’s babbling. They talk incessantly. It is unbearable,” Tzoumas told a magazine mostly watched by women on Ant1 TV.

Why give a microphone to a babbling 77-year-old man whose wet dream is “sex with a beautiful body” to spread anachronistic and sexist rhetoric that incites – or at least: justifies – the murder on women?

Why do advertisers keep supporting such TV shows?

One could understand the misogyny of the Bishop as he just spread the word of another misogynist and founder of the Christian Church, Apostle Pavlos,that “women should not speak in churches and if they have questions they should ask their husbands when back home.” (Corinthians 14, 34-40).

As for the actor… well… it is the first time I hear his name, I have no idea what “great” achievements he has accomplished, how “intellectual” he is or was and whether he is one of the members of the so-called “bourgeois society” of fake education, trash wisdom and cheap platitudes.

I have no idea and I don’t want to know.

Why don’t such men just drop dead on the spot the moment they come out with such old-fashioned sexist attitudes in a country that have 17 victims of femicide alone in 2021?