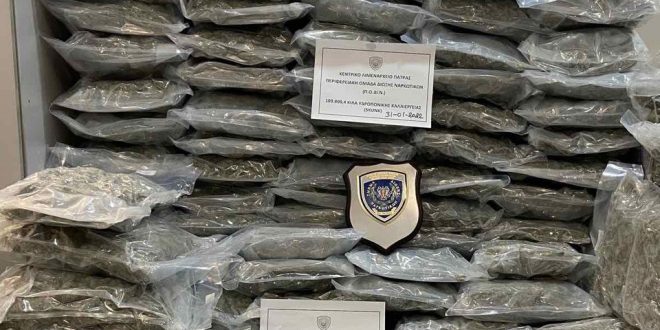 The Patras Coast Guard has announced on Wednesday that it has arrested four people after it seized a large stash of illegal drugs worth over 1,700,000 euros two days earlier.

The drugs, 24 kilograms of cocaine and 109 kilograms of cannabis, were found hidden in two separate lorries entering Greece. They had embarked on ferries traveling from Italy at Greece’s western seaport.

The Coast Guard searched the two lorries on January 31 with the assistance of two police drug-sniffing dogs and arrested the two drivers.

In cooperation with police officers in Attica, the Coast Guard managed to arrest also the man who was expecting the drugs shipment: a 61-year-old man who is believe to be responsible for coordinating the drug trafficking.