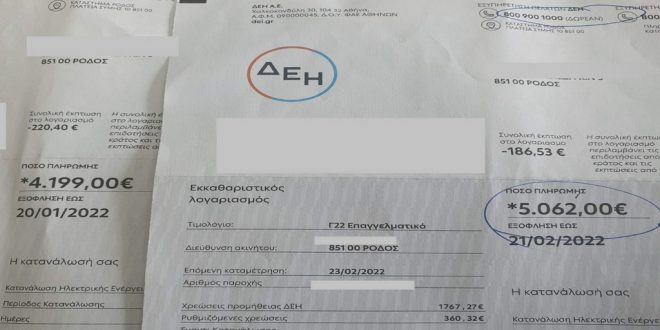 A 30-year-old hotelier on the island of Rhodes started a hunger-strike outside the Public Power Company due to exorbitant electricity bills that she is not able to pay or to make an installement-settlement.

Speaking to local newspaper rodiaki, the woman who has a small hotel in the center of the city of Rhodes, said she is unable to pay the “inflated” electricity bills. When she addressed the company seeking for a settlement in installments, they referred to the well-known energy problem and told her that they are unable to make a settlement.

In a video, the woman says that the total amount on electricity consumption incl other charges was 6,700 euros plus 5,300 euros for the so-called “adjustment clause” power providers add if the price per MWh is higher than the one on the initial contract with the subscriber/customer. And this even though they have added the higher price on the bill.

The woman said that she was at dead end and forced to protest.

“I do not know what else to do, where else to go,” the hotelier told rodiaki.

meanwhile, also another hotelier on Rhodes complained to the newspaper, that while the power bill was 993 euros in summer… 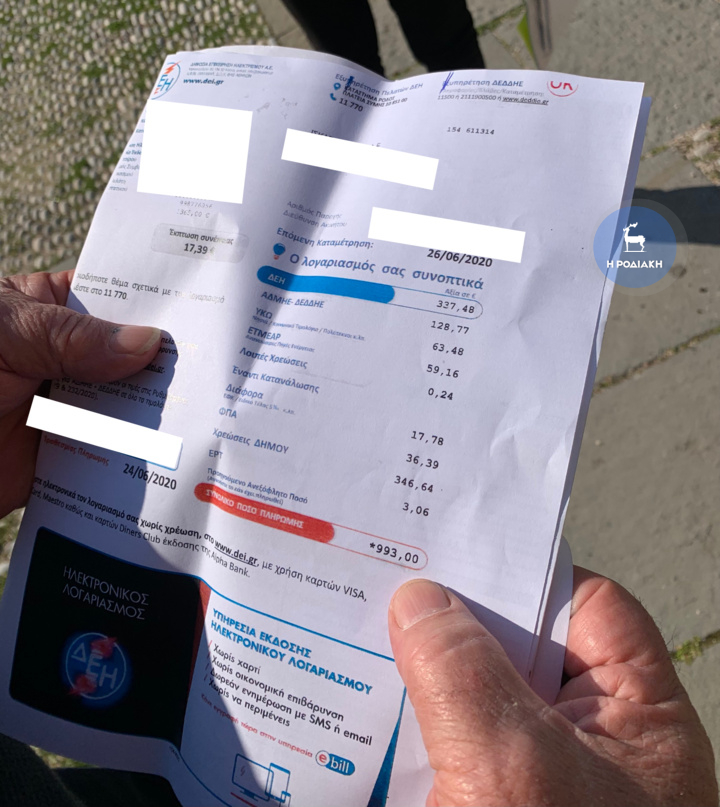 …it skyrocketed to 3,821 euros in winter. The bill was minus €281 due to state subsidy and PPC discount. 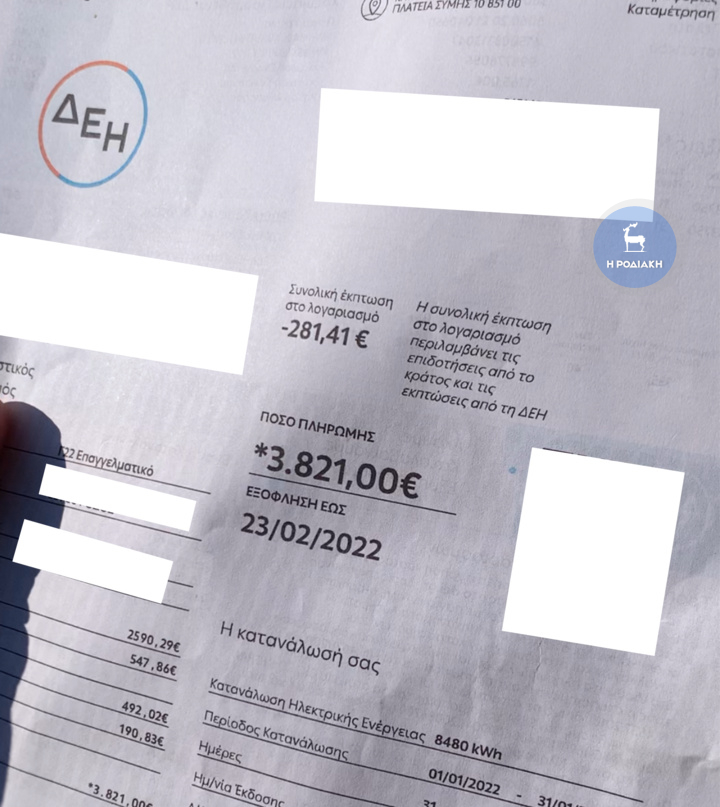 Sadly, the hoteliers on Rhodes did not listen to Development Minister who said he was fed up of the whining and misery on price hikes and will keep on getting on his nerves.