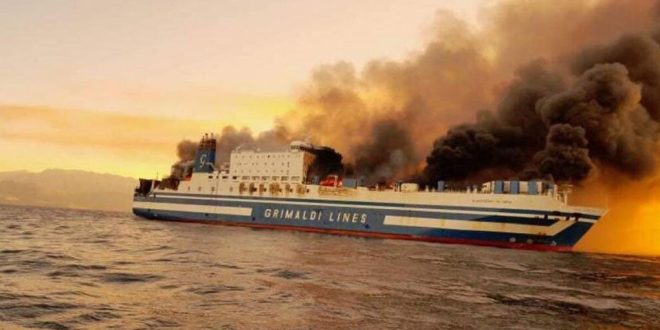 Dozens of passengers and crew members were on board of the Euroferry Olympia have been evacuated from the burning ship and are reportedly on lifeboats and coast guard vessels sailing to the island of Corfu short after 10 o’ clock Friday morning. There are currently reports of some 11 missing persons, however these reports are not officially confirmed, so far.. One person has been slightly injured after he inhaled smoke, he is currently at the hospital of Corfu.

+++ ERT reports at 10:50 a.m. that there are still two people trapped on the burning ferry and an operation to evacuate them is underway. According to initial reports, the two people are somewhere in the garage deck.

On board there were also families with children, among them a 2-month-old baby.

The ferry was sailing from the port of Igoumenitsa, western Greece, to Brindisi, Italy, when a fire broke out around 4:30 am. when the ferry was off the island of Erikousa, north of Corfu. 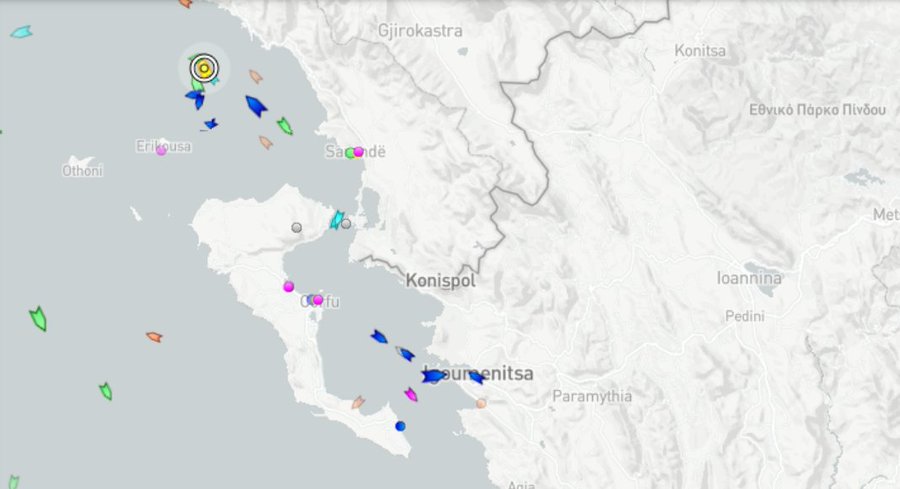 Rescue operation screenshot 11:00 am. via @MarineTraffic

Three tug boats of the Greek and two from Italian coast guard, ships of the Greek Navy and local fishing boats rushed on the spot and help with the evacuation when the ferry sent the “Mayday” distress signal.

The cause of the fire is not yet known, an investigation is to begin soon, the Greek Coast Guard said.

A passenger told Skai TV that the fire spread very quickly, within 15 minutes. Evacuation lasted about one hour.

A truck driver told state broadcaster ERT that they were weaken up by the crew and ordered to move to the deck  and then the evacuation operation started.

The man said that they were told that the fire started in one of the garage decks adding that he didn’t know whether truck drivers were sleeping down there.

Another truck driver said that they saw smoke coming from the garage deck and there was a black out on the ferry. 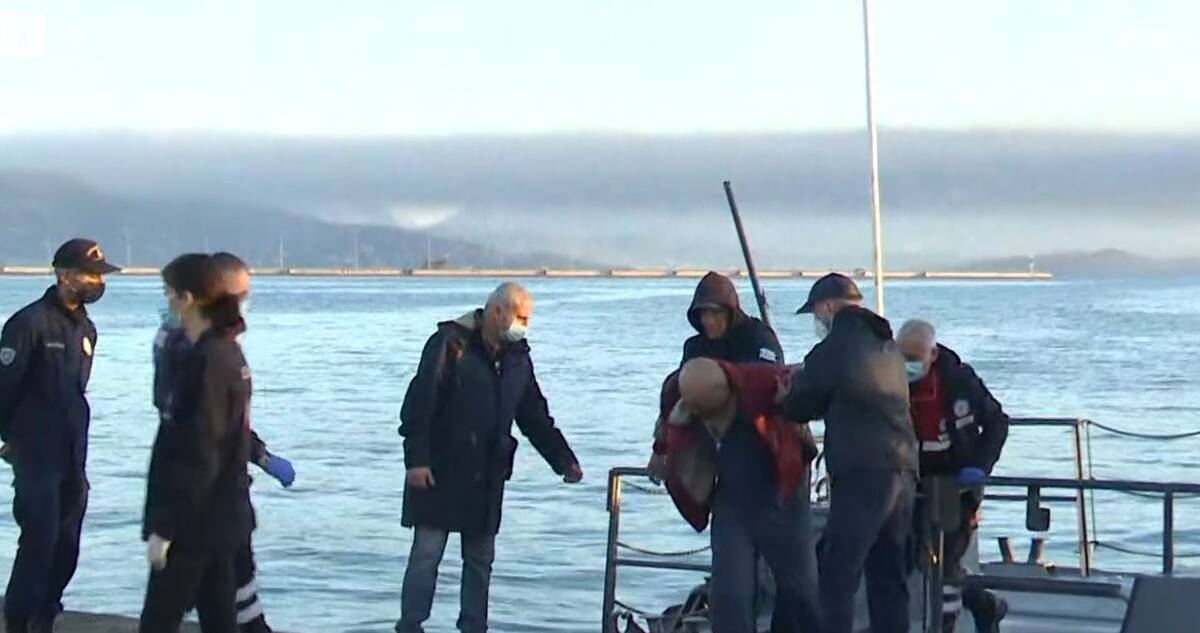 Transfer of the injured person to Corfu.

Citing a source form the coast guard, Skai TV reported that approximately 10 people are missing, However, there is no official confirmation, so far, as there has been no recounting yet.

Nikos Lagkadianos from the Coast Guard said that recounting and identification of passengers and crew will take place at round 11 a.m. when the evacuees have arrived at the port of Corfu.

Near the ferry that is still burning, there are currently vessels of the Greek and the Italian coast guard, helicopters of the coast guard and the Navy, frigate “Hydra” as well as private vessels and two commercial ships that were sailing in the area. 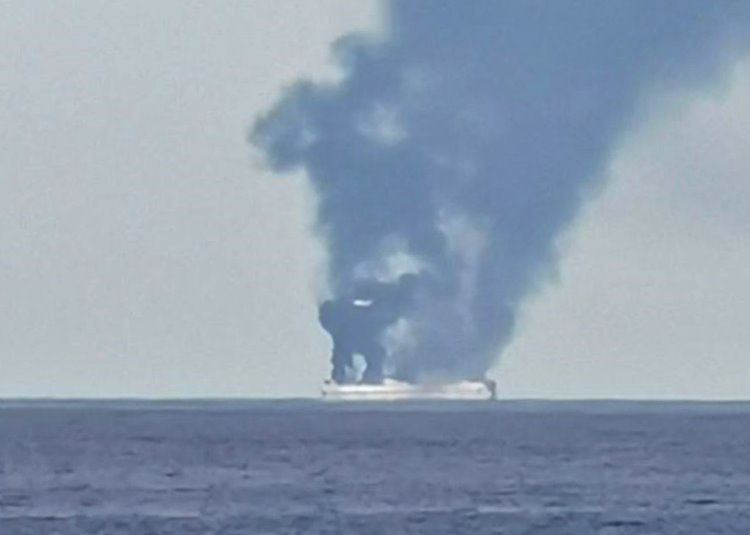 Two tug boats and a fire vessel are heading to the spot. However, as a local MP said told ERT at 10:30 a.m. there were still explosion on the Euroferry Olympia and no vessel can come close.
The Italian coast guard vessel is now approaching the port of Corfu with over 100 evacuees on board.