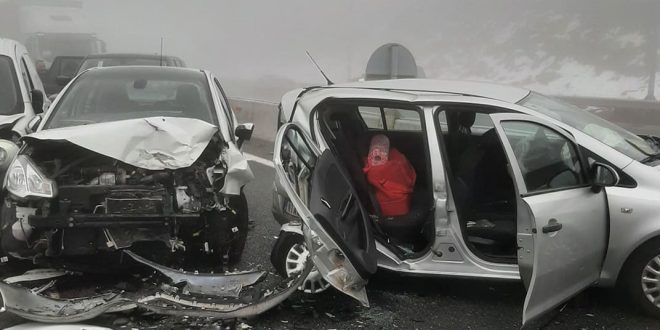 Egnatia highway: 15 people injured in pileup of over 50 vehicles in N. Greece (videos)

At least fifteen people were injured in a car crash involving more than 50 vehicles on Egnatia highway on Sunday. The pile-up in which initially five cars were involved took place near the Polymylos toll on one of the country’s largest highways,  in the section leading from Veria to Kozani. 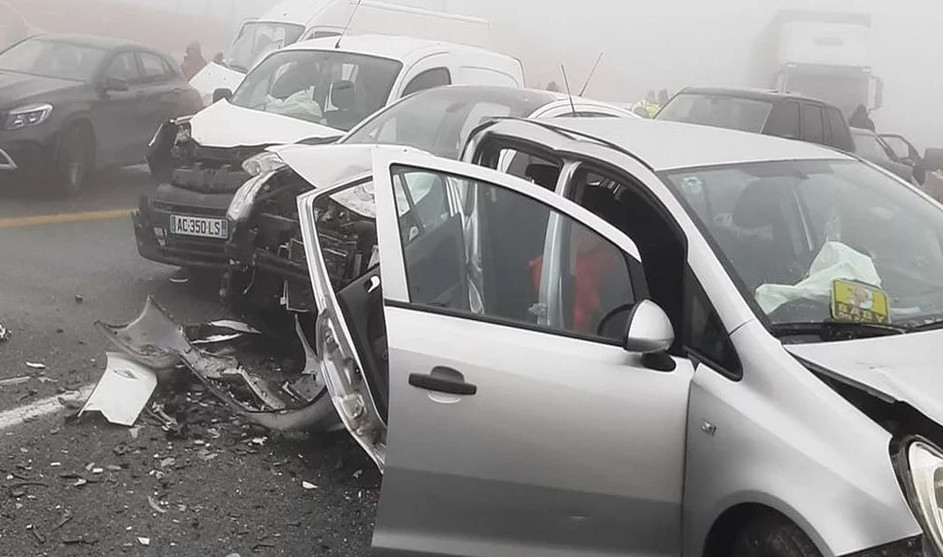 The massive car crash took place around 11:30 Sunday morning due to heavy fog in the area, media reported.

According to state broadcaster ERT at 3 p.m.. the fog is persistent and allows visibility of just 10 meters.

Motorists told ERT TV that there were only a small sign warning of “fog ahead” but no other precaution measures or warnings.

Ambulances managed to make their way through the labyrinth of Belch        of lamarines and firefighters managed to free passengers and motorists trapped in their cars.

So far, 15 people have been transferred to hospitals in the area, they have been reportedly slightly injured, mostly with fractures.

“I heard the vehicles crashing on each other on the back of my car,” a motorist told the state broadcaster. “Thank God, a Turkish driver managed to stop his lorry in time otherwise we would be dead, now, “another one added.

Authorities were forced to close part of the highway that connects the East with Western Greece. Traffic has been diverted.

A bus from the Fire Service has been reportedly made available in order to transfer motorists and passengers to the nearby city of Kozani where they can be accommodated or continue their travel with other means.

There are several foreign nationals among them French and British, ERT reported.

Meanwhile, lorries have been forming long queues waiting for the Egnatia highway to open again to traffic.