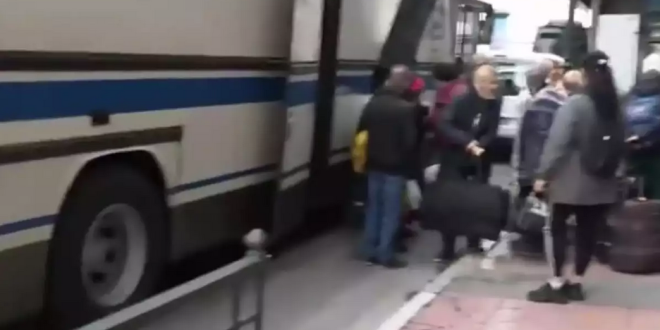 A platform for Ukrainian refugees to apply for temporary protection and identification card will go live on March 28, Migration & Asylum Minister Notis Mitarakis said on Sunday.

In an interview with Sunday newspaper Real News, Mitsrakis said via the platform the Ukrainian Refugees will register for individual appointments at the Asylum Service, in order to be issued with a temporary ID, as well as tax and health ID numbers (AFM and AMKA, respectively).

The temporary documents will start being issued as of April 4 at the Asylum offices in the Regions of Attica, Thessaloniki, Patras, and Crete.

According to a relevant European directive, the protection will also be applied retroactively to Ukrainian refugees arriving at the European Union as of February 24, 2022.

“Following the completion of this process, the displaced individuals will be able to freely select where they wish to reside in Greece,” the minister was quoted by the newspaper as saying.

“They will also gain direct access to pharmaceutical and medical care, and the right to work. The ministry will also active a special job-related page, where jobs addressed to Ukrainian refugees will be posted,” Minister Mitarakis added.