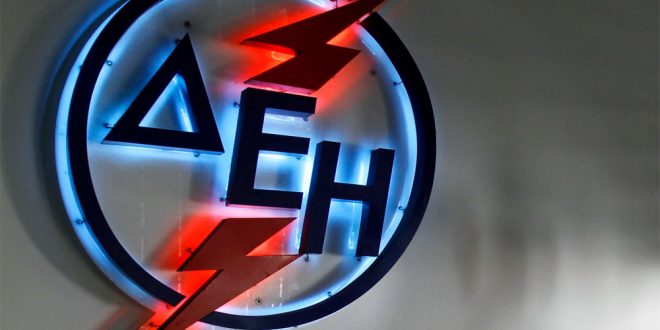 A 92-year-old bed-ridden and oxygen-dependent granny with dementia was rushed to the hospital on Friday after Greece’s Public Power Company cut the electricity supply due to a dept of 500 euros thus depriving her of the most  essential source that was keeping her alive.

Speaking to Open TV on Monday morning her grandson said that the usual monthly electricity bill was 100-120 euros but this time the bill arrived with 500 euros, an amount that neither the low-pensioner granny nor the grandson could afford to pay.

“They wanted to kill a granny,” the frustrated man said, adding that the power was cut at 12 noon Friday and he had to take her to the hospital to save her life.

The woman lives on a mountainous village and her transport to a hospital was anything but easy.

He said further that the PCC was aware that the granny was dependent on oxygen supply.

The PPC branch in the mountainous Megalopolis, central Peloponnese, some 50 km away from the family home in a village, was aware of the woman’s health condition and that her life would be in danger without electricity.

“They are unacceptable” wrote a local media of Arcadia.

The grandson, Christos Grigoropoulos, added that he contacted the PPC and was told that the amount should be paid immediately in order to have power restored.

But even then, power cannot be restored due to the weekend.

Due to weekend it was also not possible to go the the PPC and make a dept-settlement, that it to pay a large part of the debt and the rest in installments.

And furthermore, he does not have the money to pay such bills, the man said.

He added that in the last months due to the energy crisis, the monthly bills are between 500 and 600 euros, that his grandmother has a small pension and they have also have to pay for a care giver.

Note that there is a provision, at least on the papers of the ministry in charge, to not cut electricity to vulnerable households and for dept up to 6,000 euros.

Electricity bills have skyrocketed due to the so-called “adjustment clause” that power companies deliberately demand from their clients. This clause adds several hundreds euros on the bills, in addition to the amount it should be paid for the real power consumption.

Vulnerable households that have a special “social tariff” per law are not exempted.

Some Greeks posted on social media the exorbitant bills of such households with people with oxygen supply where the bill increased to over 1,000 euros due to the “adjustment clause” that demanded an extra payment of over 600 euros.

Pensions and wages stagnate, and the state subsidy to households is approximately 50 euros per month. A drop in an ocean of newly created dept for a good that is essential to citizens.

Irony of the granny story: Megalopolis has large lignite deposits exploited since 1969 and has one of the biggest power plants in the country.

PS The PPC loves to cut electricity Friday noon, where power restoration is not possible before Monday noon the earliest. We can very well recall, elderly couples with disabilities who had to spend a weekend in the darkness in a cold apartment during the economic crisis when the property tax was added on the electricity bills making it impossible for low-pensioners to pay them.