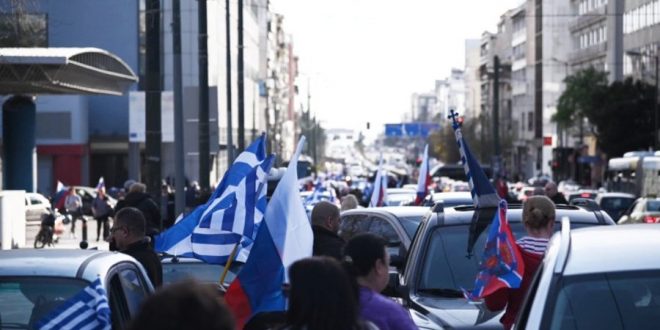 Waving Russian and Greek flags and having the symbol “Z” on their cars, hundreds of demonstrators staged a motorcade in solidarity with Russia in the center of Athens on Sunday afternoon.

Honking their horns and making insulting gestures, the pro-Russian demonstrators started at Syggrou-Fix metro station and drove by Syntagma Square which at that was hosting a pro-Ukraine rally. 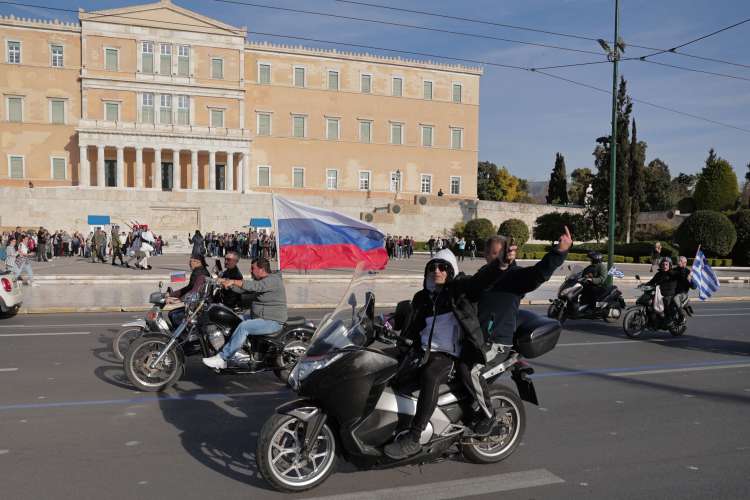 Some of the vehicles were spotted emblazoned with the infamous “Z” emblem which is seen as symbolizing support for Russia’s war in Ukraine. The logo was first spotted on the side of Russian tanks and military vehicles amassing on the border with Ukraine.

Demonstrators were reportedly Russians living in Greece but also Greeks.

The protest took place as Ukraine accused Russian forces of carrying out a “massacre” in the town of Bucha, northwest of the capital Kyiv, while Western nations reacted to images of dead bodies there with calls for new sanctions against Moscow. 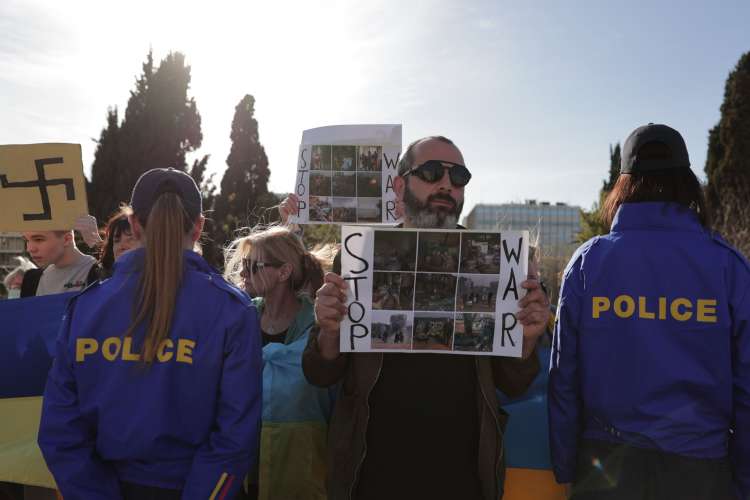 Pro Russia protest was “against Nazism and hatred towards the Russian people,” the organizers told media.

At some point, protesters from both fronts met at Syntagma, tension temporarily prevailed but police intervened before the situation escalated and gone out of control.