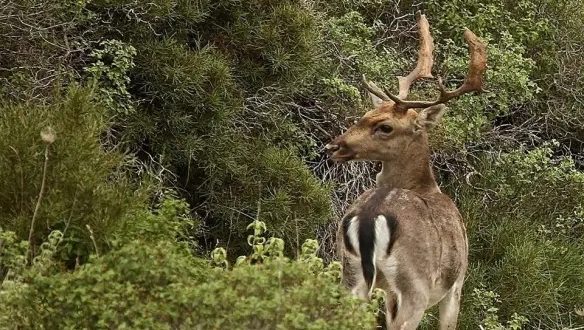 Mayor of Rhodes Antonis Kampourakis recently proposed to the Municipality Council the “controlled deer hunting” as well as a sterilization program for the animals that now exist in large numbers, as he claims, even though there is no sutdy to confirm that.

The proposal triggered the outrage by environmental organization that underline the proposal is not based on any scientific data and stress that “there will be no sustainability on the island of Rhodes by killing its symbol.”

The European fallow deer or Dama Dama is native to several Mediterranean countries as well as on Rhodes since the Neolitihic times  and the symbol of the island. At the entrance to the harbor of Rhodes city, statues of a fallow deer buck and doe now grace the location where the Colossus of Rhodes once stood. 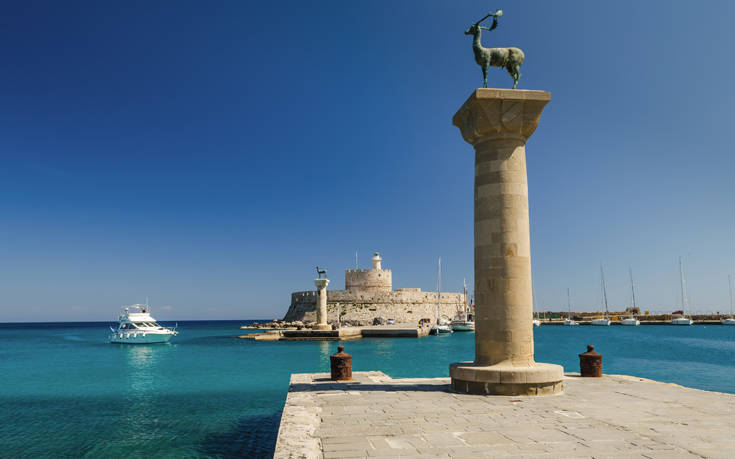 The Rhodian population of European fallow deer is smaller on average than those of central and northern Europe, though they are similarly coloured. In 2005, the Rhodian fallow deer was found to be genetically distinct from all other populations and to be of urgent conservation concern.

“What we need at the moment is not to kill the deer because their number is too large but to deal seriously with both the protection of the species and the protection of human life and property and this must be done with the appropriate sensitivity and scientific method,”  the Environmental Association of Rhodes said in a statement.

It should be noted that at the council meeting the mayor of Rhodes cited data that show that unattended animals, ie lamb, deer and pigs reach 70,000 on the island, which means that the problem has grown and needs solutions.

The announcement of the Environment Protection Association of Rhodes in detail:

The deer of Rhodes or Damadama or the platoni of Rhodes is one of the timeless symbols of the island.

Rhodes is the last island in the Mediterranean to retain an ancient Platoni population.

Citing scientific and archaeological data, the EAof Rhodes notes that Platoni first appeared in Rhodes during the Neolithic period, around the sixth century BC. millennium. Its population seems to have reached large numbers in the 1920s and 1930s. In the following decades there is a decrease in their population, with the risk of extinction from the island. In recent years there seems to be a population recovery whose magnitude has not been scientifically substantiated.

Relation to other farm animals and forest fires

In the last 35 years, the burned areas in Rhodes amount to 483,504 acres, according to data provided by the several government organizations, the forestry etc. It is natural that this catastrophe does not leave unaffected the life and behavior of the deer of Rhodes.

On the other hand, the relationship between the deer of Rhodes and the sheep and goats is competitive in terms of water, food and habitat use. The vital number required for the proper conservation of deer is 35 to 40 acres per animal.  according to data that agree with each other. Many of these animals can be seen in residential areas, crops and reforested areas where grazing hinders the natural regeneration of the forest. There is no provision for this situation from any official body.

Therefore, if one wants to consider the management of the deer population, one must take into account other factors such as that of its habitat, well-being and the management of unattended sheep and goats. Of course this should be done with the suggestions of the services and the experts who deal with these issues always on the basis of a timely management plan.

For several years now, there have been complaints (obviously justified) from the farmers of Northern Rhodes about the damage caused by deer to their crops. At a meeting with the Deputy Agricultural Minister two months ago, several measures were proposed to resolve the issue.

-Installation of water tanks and systematic and uninterrupted transport of food to areas away from crops and lowlands to keep deer away from residential areas and crops.
-Funding in cooperation with the Directorate of Forests and the Regional Government for the construction of 2.20 meter high fences in areas that will be indicated by the farmers to prevent the passage of deer and parallel configuration of passages in the roads where the passage of deer is observed.
-Marking of roads in dangerous places to reduce the risk of accidents.
-100% subsidy for farmers to build power fences.
-It was announced that the creation of 4 or 5 open deer parks is under study, mainly in the south away from the areas with human activity.

So far, not a single one measures from the above has been implemented.

“And while we have not yet seen any of the above measures implemented, while there are no studies on the approximate population and distribution of the species or, of course, any management plan, the Mayor of Rhodes and the President of the Municipal Council drew their own conclusions and made irrational and outrageous proposals to allow deer hunting on the island,” notes the local environmental NGO.

“It is an unacceptable proposition that is not based on any scientific data and can not solve any of the problems that exist due to overgrazing which mainly concerns sheep and goats,” the statement adds.

On social media, Greeks lashed out at the mayor of Rhodes and some claimed that each hunter will be allowed to kill up to 150 deer.

Some others claimed that this is not true.