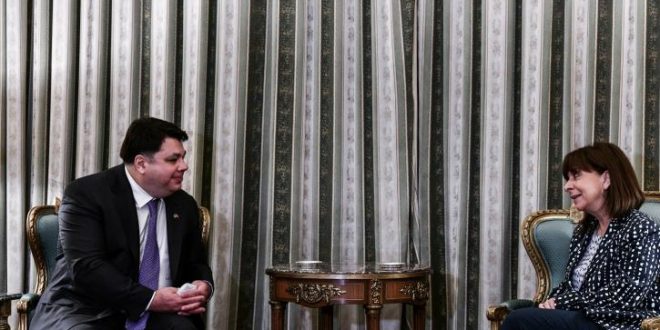 The new Ambassador of the United States of America to Greece, George James Tsunis, presented his credentials to the President of the Hellenic Republic, Katerina Sakellaropoulou, at the Presidential Palace on Tuesday morning.

During a short conversation with the President, Tsunis said he was touched that he has returned to his home country. He referred to the place of origin of the family in Nafpaktia and to his special ties with Greece.

54-year-old Tsunis is a Greek-American, the son of immigrants to the United States, originally from Platanos in mountainous Nafpaktia.

Born in Queens, New York, he learned Greek as his first language.

In his first post as Ambassador to Greece, Tsounis tweeted:

Καλημέρα από Αθήνα! As the proud son of Greek immigrants, it's an honor of a lifetime to return to Greece and serve as the next U.S. Ambassador. Χαίρομαι πολύ! pic.twitter.com/82B0CRQEk5

The next day, he toured the historic center of Athens, Plaka, with his mother.

Great to run into a relative, Pericles, από το χωριό μου τον Πλάτανο, on my first evening out in Plaka! So wonderful to be back! Here we are with my mom Eleni. #Platanos pic.twitter.com/1GXc2fmH9Z

Ambassador Tsunis has very close ties with the Greek-American community and has been a founding member of the Hellenic American Leadership Council (HALC) and, among other roles, the administrator of the Hellenic Initiative.

At the same time, he served as president of the Nassau University Medical Center, a large public hospital focused on caring for vulnerable communities.

The new US Ambassador to Greece holds an undergraduate degree from New York University, as well as a law degree from St. John’s University of Law. He was head of the Ecumenical Patriarchate (Order of St. Andrew), the highest ecclesiastical honor bestowed on an ordinary citizen by the Greek Orthodox Archdiocese of America and has received numerous awards, including the Humanitarian Award for the Human Island B Prize and the Harry Chap Long Chap Achievement for public participation awarded to him by Long Island Business News.

George Tsunis is married and has three children. 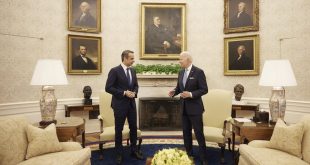