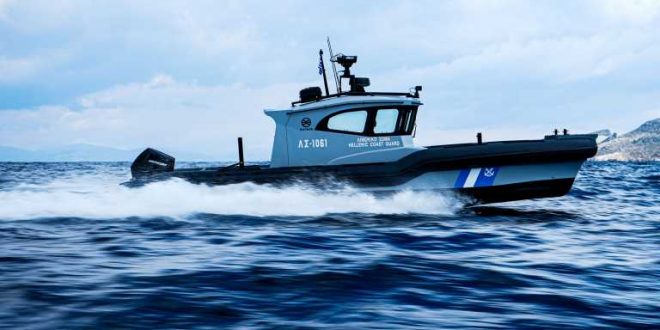 May 23, 2022 FEATURED, Politics, Refugees Comments Off on Coast Guard prevents 5 boats with over 450 migrants to enter Greece 1,107 Views

Alarm in the Aegean Sea: five boats with dozens of migrants onboard attempted to illegally cross into Greek territorial waters in the early morning hours of Monday. The Greek Coast Guard spotted the boats between the islands of Chios and Samos and th operation is still ongoing on Monday noon.

Over 450 people are reportedly on the five sailing boats.

It is the first time after almost two years that so many boats try to illegally cross into Greece at the same time.

It was around 4 o’ clock Monday morning, when the first of the five sailing boats onboard was spotted by Greek coast Guard vessels patrolling in the area. Soon the other four boats followed.

Quickly other Coast Guard vessels rushed to the area to prevent the entry into Greek territorial waters.

The sailboats were immobilized and the Turkish authorities were immediately informed in order to accompany them back to the shores of Turkey.

Two of the five sailboats returned to Turkey, while the other three were expecting for the Turkish coast guard vessels.

According to media information, there are moments of tension and pressure, as Turkish authorities do not seem very willing to cooperate and delay the return of the sailing boats to Turkey.

The result is that hundreds of people remain in the sea and the men of the Coast Guard are on constant alert.

The people on the sailboats told the Greek Coast Guard that they want to reach Italy through Greece.

Sources of the Greek Coast Guard told media that this is the largest number of boats trying to illegally cross into Greek territorial waters, in the last two years.

Citing “sources” Greek media interpret the mass exodus of migrants to Greece as a step by President Recep Tayyip Erdogan to increase tension again with Greece in order to express his annoyance for the Greek-US defense agreement and the base in Alexandroupolis, using the migration issue for one more time.

A week ago, officers of the Coast Guard pointed out to protothema.gr: “This summer is expected to be difficult. Thousands of refugees and migrants are already gathering on the Turkish western shores, according to the latest information we have gathered. The concentrations are already massive “and they add:” There is three times the pressure compared to last year. In the first months of 2022 until today we have prevented the entry of 12,000 immigrants.”

Will Erdogan create a new “hybrid war” intrumentalizing migrants as he did in 2020, however, this time in the Aegean Sea because the Greek land borders at Evros are well guarded?