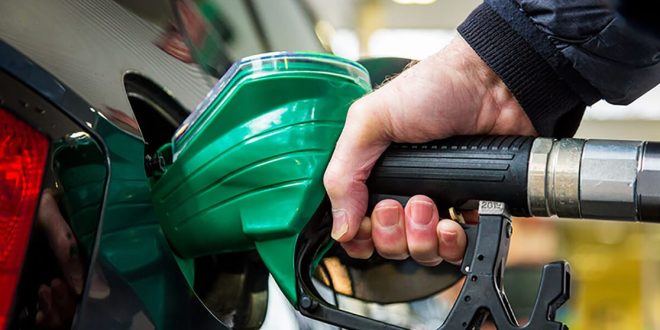 Fuel prices have turned into a nightmare for motorists as it climbed to €2.267 on Sunday and reached €2.50 and shocking €2.70 on the Greek islands. Fuel traders forecast more increases during the week, fearing it will strike 2.50 euros and even 3 euros per liter.

Nikos Papageorgiou, President of the Attica Fuel Station Traders, warned on Sunday morning of a week of intense price increases, stressing that the price of unleaded gasoline coming out of the refineries climbed to 2.16 euros.

Referring to the frantic “rally” of fuel price increases, Papageorgiou reportedly said: “A new wave of price increases has started and we will have to look at the prices at the refineries to understand what is happening. Today, Greek refineries sell unleaded at €2.16 and  the diesel at €1.70. To this we have to calculate a 10% that must be earned by all those involved together, ie the company, the service station and the transporters. So the price should be for the consumer at €2.36 for the unleaded.”

Later, he predicted on ANT1 that very soon the average price of unleaded will reach €2.50 and in fact this week will be a week of intense price increases. He added that the higher the fuel price, the lower the turnover for gas stations.

Motorists tank and pay later when they have received their salary or pension.

At the same time, fuel station owners in central and northern Greece have recently complained that some motorists tank full and they disappear without paying

“Generally speaking, prices are out of control. In Magnisia we are almost at €2.28/lt, while on the island of Alonissos the price is close to 2.70 per liter,” Kontochristou stressed.

Underlining too that “the higher the prices, the lower the consumption,” she stressed that “there must be a solution, either in the decrease of the special fuel tax or of the Value Added Tax. Something must be returned to the society.”

The government subsidy of 30-50 euros per month and per vehicle looks much like a single drop in the ocean where inflation has reached over 10% in April..

Consumers organizations demand “more controls” to avoid phenomena of profiteering and a “responsible approach of the problem by the government.”

Some media like cnngreece reported over the weekend that tourists on Greek vacations do not move much around due to the fuel prices.

According to the Price Observatory of the Ministry of Development, the average price of simple unleaded on Sunday, May 29, was at 2,267 euros per liter, while 100 octane gasoline was found at 2.41 euros per liter.

In the prefecture of Cyclades the average price of simple unleaded on Sunday 29/5 was at 2,477 euros, and 2.417 in the Dodecanese.

Check prices per prefecture here, however, in Greek only.