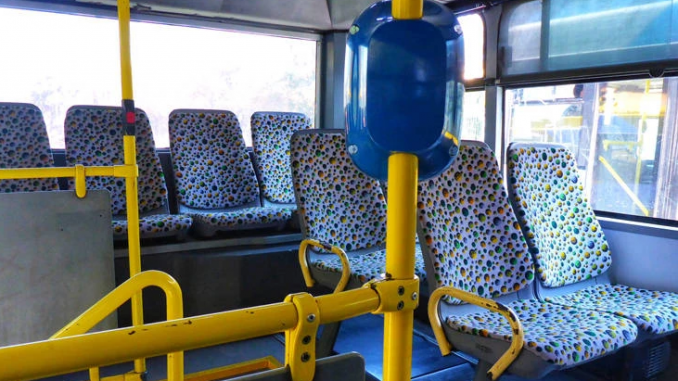 After two years of Covid, a message of return to normalcy: express touristic bus line X80 linking toe port of Piraeus to Acropolis and Syntagma in downtown Athens is resuming its operation.

The line, which usually operates between May and September, did not operate in 2020 and 2021 due to reduced tourist traffic and anti-coronavirus measures.

The express line connects the cruise ship terminal in the port of Piraeus (Akti Xaveriou and Akti Miaouli), with the Acropolis, the center of Athens and Syntagma Square as well as with the Stavros Niarchos Foundation Cultural Center.

The line covers a distance of 27.5 km, consisting of a sequence of 17 stops at the two exits of the cruise terminal at PPA, in the center of Piraeus, at the metro station “Syggrou-Fix” close to the Acropolis and at Syntagma, with separate boarding and disembarking points.

From the intermediate stops of the new bus line, it is possible to change to Metro stations (Faliro, Syggrou-Fix and Syntagma) and to the bus lines X96 (from Piraeus) and X95 (from Syntagma) to the Athens International Airport “El. Venizelos “.

Itineraries run every day of the week every 15-60 minutes from 7:00 a.m. with departure from the starting point (on the coast of Xaveri).

Passengers can board on the X80 bus line either with the daily (24 hour) ticket of unlimited routes costing 4.10 euros, with which he has the possibility to transfer within the same day and to the rest of the OASA transport network, or with the tourist ticket costing 20 euros which is valid for unlimited travel for three 3 days throughout the OASA network including travel to and from Athens International Airport “El. Venizelos.”

Other tickets are NOT valid on this line.

The stops of the line, which are separate from the stops of other bus lines are the following: