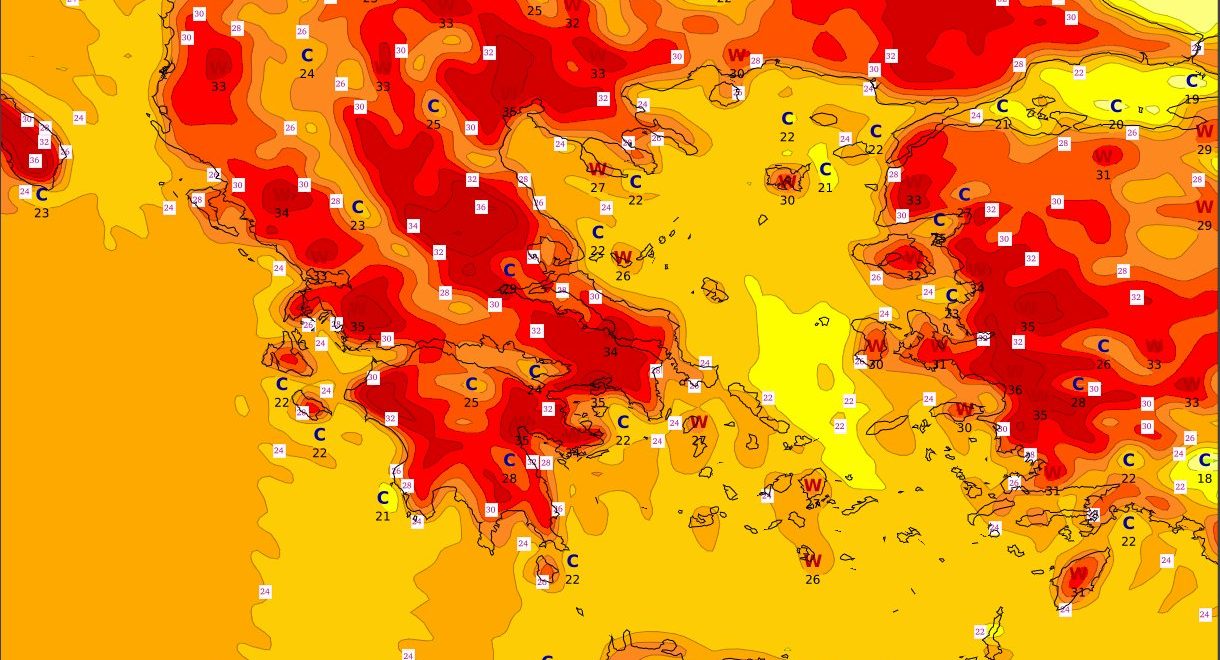 Greece: Hot weekend with temperature reaching up to 37°-38° Celsius

Greece’s meteorologists forecast a very hot weekend with temperature reaching up to 37-38 degrees Celsius, before it gradually starts to drop on Monday and the weather will be quite unstable in the mainland at the beginning of upcoming week.

Generally clear weather. During noon and afternoon hours on the mainland, clouds will develop and mainly in the mountains of Epirus, western Sterea, Thessaly and Macedonia, local showers and isolated thunderstorms will occur.

North winds will blow in the West with intensity 3-5 Beaufort and in the Ionian Sea temporarily in the afternoon with up 6 B; in the East with 4-6 B and in the Aegean locally with 7 B. Winds will weaken in the evening hours.

Temperature will not change significantly and will reach 35-36 degrees Celsius on the mainland and the Ionian islands and 30-32 Con the Aegean islands. 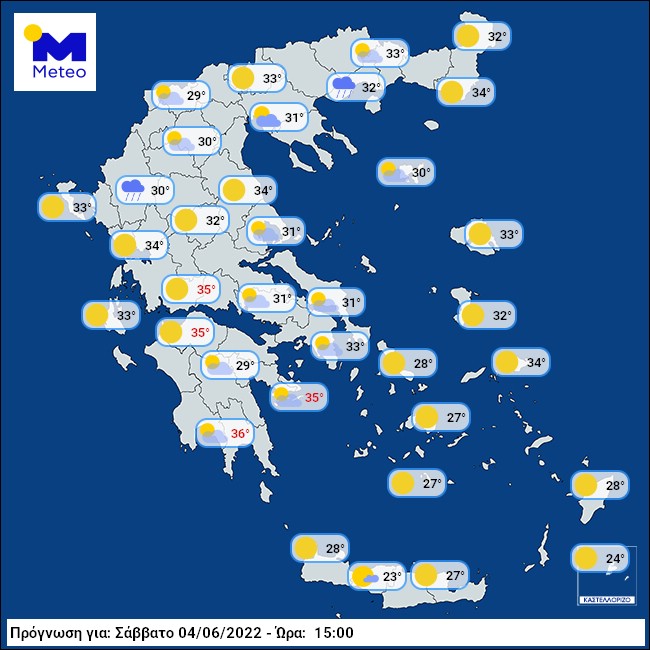 Generally clear weather throughout the country. During the noon and afternoon hours on the mainland, clouds will develop and local showers will occur, mainly in eastern Macedonia and Thrace, isolated thunderstorms.

North winds will blow with intensity 3-5 B and in the Aegean Sea locally with 6 B.

Temperature will rise slightly and will reach 37-38 degrees Celsius  locally, however, on the islands and coasts it will be 3-4 degrees lower. 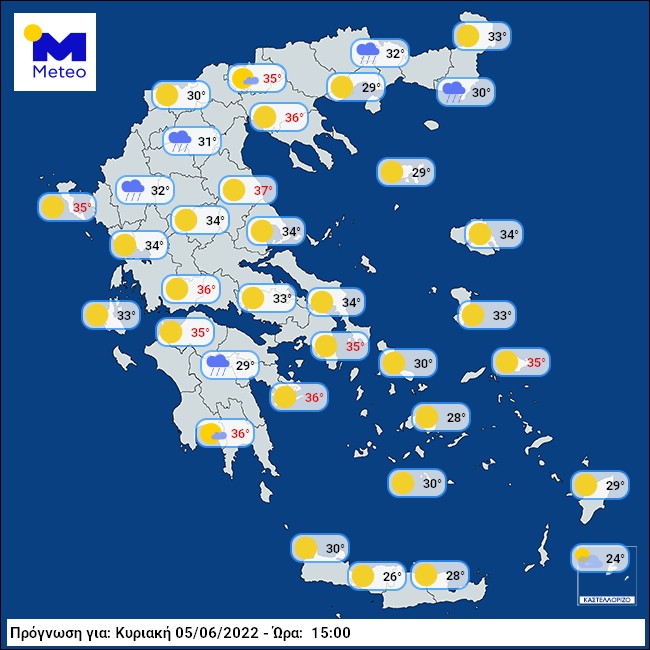 Cloudy skies are forecast in Epirus and Macedonia, with rainfalls locally and sporadic thunderstorms from noon onward. The rest of the country will have generally clear weather, but on the mainland from noon on, there will be clouds and isolated thunderstorms, mainly in the mountains of central Central Greece, eastern Peloponnese; in the evening the phenomena will be limited mainly to Thrace.

West winds will blow with 3-4 B and in the northern Ionian Sea in the morning north-west winds with 5-6 B. In the Aegean Sea and the eastern mainland, northwinds with 3-5 B, while in the southeastern Aegean with 5-6 B.

The temperature will drop slightly in the eastern parts of the country, while in the rest it will not change significantly. 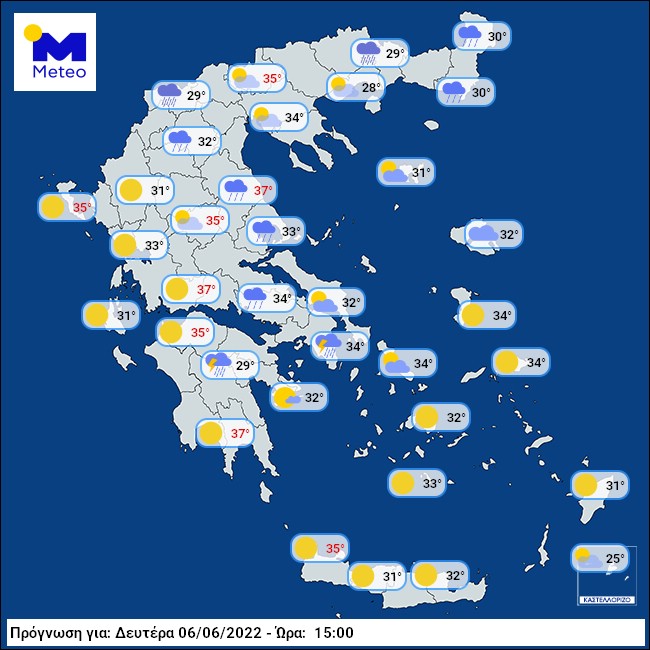