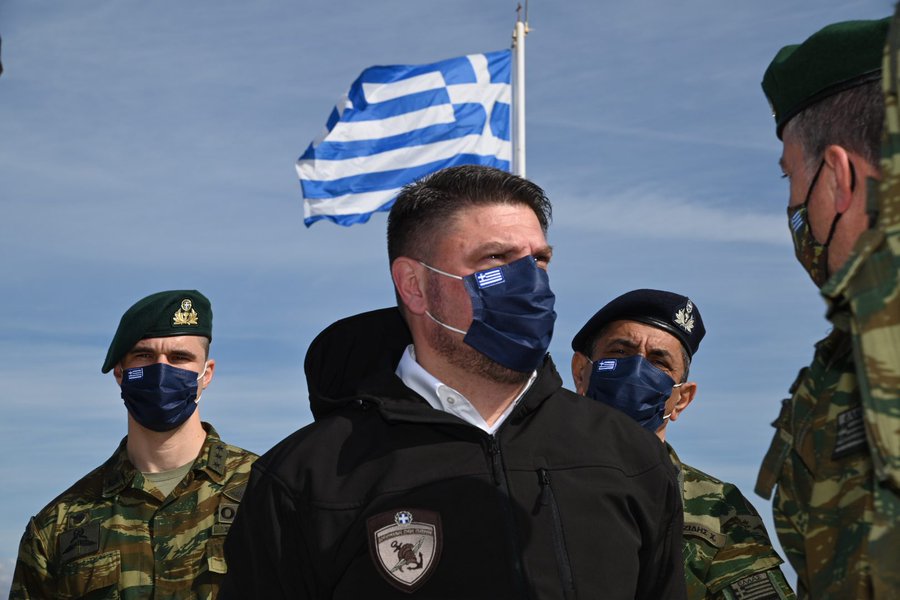 The helicopter carrying Deputy Defense Minister, Nikos Hardalias, to the island of Agios Efstratios was harassed by Turkish authorities on Friday.

The helicopter was flying in the direction of the island on Friday when the pilots heard on the communication radio “You are flying in area under control of FIR Ankara, change immediately course.”

The pilots ignored the message and continued their flying course to the small island commonly known as “Ai Stratis”, located in the northern-central Aegean Sea, some 30 km SW of Lemnos and 80 km NW of Lesvos.

Note that two days ago, a Turkish aircraft flew over the specific island.

A similar incident occurred on February 12th, when a helicopter carrying Hardalias was harassed by Turkish authorities that asked pilots to change course. The helicopter was flying over the Dodecanese islets of Kalolimnos and Farmakonisi in the eastern Aegean Sea.

Earlier today, Hardalias was flying to Agios Efstratios island as representative of the government to join the commemoration event and pay tribute to Greek Air Force Lieutenant Nikolaos Sialmas.

On June 18, 1992, Sialmas crashed while he was flying a Mirage fighter jet during the interception of Turkish fighter jets violating Greek airspace.

Turkey has been challenging the Greek sovereignty of several islands and claims, among others, that even high-ranking Greek officials, From the President of the Hellenic Republic downward, should not visit them.