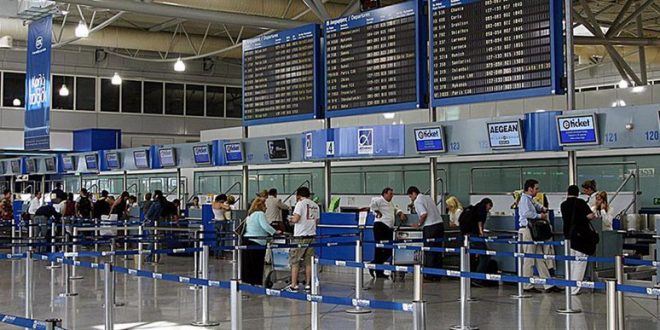 Conditions in Greek airports better than in other European airports

Flight delays in Greek airports are far fewer in comparison with the chaotic conditions prevailing in other European airports, Infrastructure and Transport ministry sources said on Wednesday.

Problems prevailing in large European airports accounted for at least 80% for any small flight delays occurring in some Greek airports, the sources added according to state-run news agency amna. and assured that the Greek aviation traffic was not responsible for any inconvenience.

According to available data, 53% of flights in the Athens international airport land on time, while of the remaining 47%, 80% of delay is attributed to delays from European airports and 20% to commercial flights outside slots – mostly in the Heraklion airport, Crete – or private flights to Greek islands.

The ministry sources said around 600-1,000 passenger luggage from previous days’ flights were delivered to the Athens international airport on a daily basis and that the airport has created a temporary logistics system to deal with the situation.

International media have been reporting of chaotic situations in several European airports with long queues, rampant flight delays and cancellations, lost luggage and all this due to personnel shortage triggered by Covid-19 and strikes.