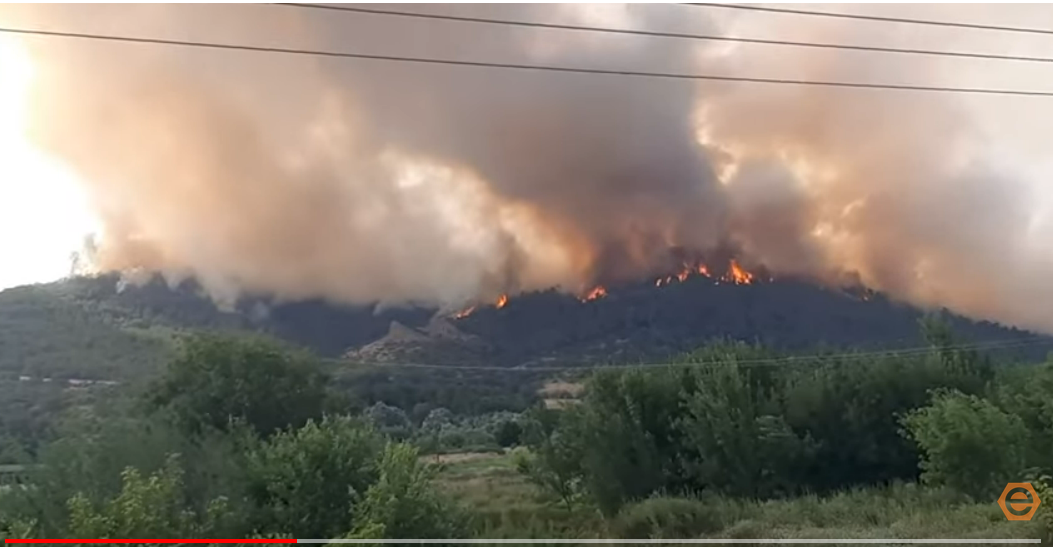 UPDATE Fire in virgin forest of Dadia, one of most unique ecosystems worldwide (videos)

A major ecological disaster in one of the most unique ecosystems at national, European and international level, is going on in north-eastern Greece: the virgin forest of Dadia, in the core of the Dadia-Lefkimi-Soufli National Park in Evros is on fire. The Park is protected by NATURA 2000 and is home of a dense, old-growth pine forest, of thousands species of wildlife, many of them rare.

The fire broke out Thursday afternoon near the Lyra dam and the Lyra village in the municipality of Soufli at around 2 o’ clock at noon. 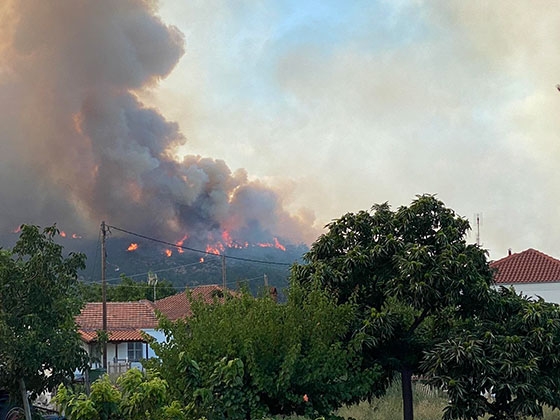 The fire front at 5 p.m. Thursday – via local media  e-evros.gr

Four large fire pockets are set apart from one another by some 500m.

Firefighting forces have been battling the fire all through the night and were enhanced on Thursday evening and  Friday morning.

The flammability of the vegetation, which consists mainly of pines, makes the extinguishing task difficult.

A contingent of 291 firefighters, 65 vehicles, four aircraft and four helicopters are attending the blaze, backed up by army machinery and municipal water-trucks.

The mayor of Soufli, Panagiotis Kalakikos, told media that the previous night was particularly difficult in terms of firefighting, mainly due to the constant changes in the direction of the winds, which remain weak also on Friday.

“It was a difficult night. There were many fires and while there were no strong winds, the fact that their direction was changing made the extinguishing work difficult. The location of the fire is difficult to reach,” Kalakios said. 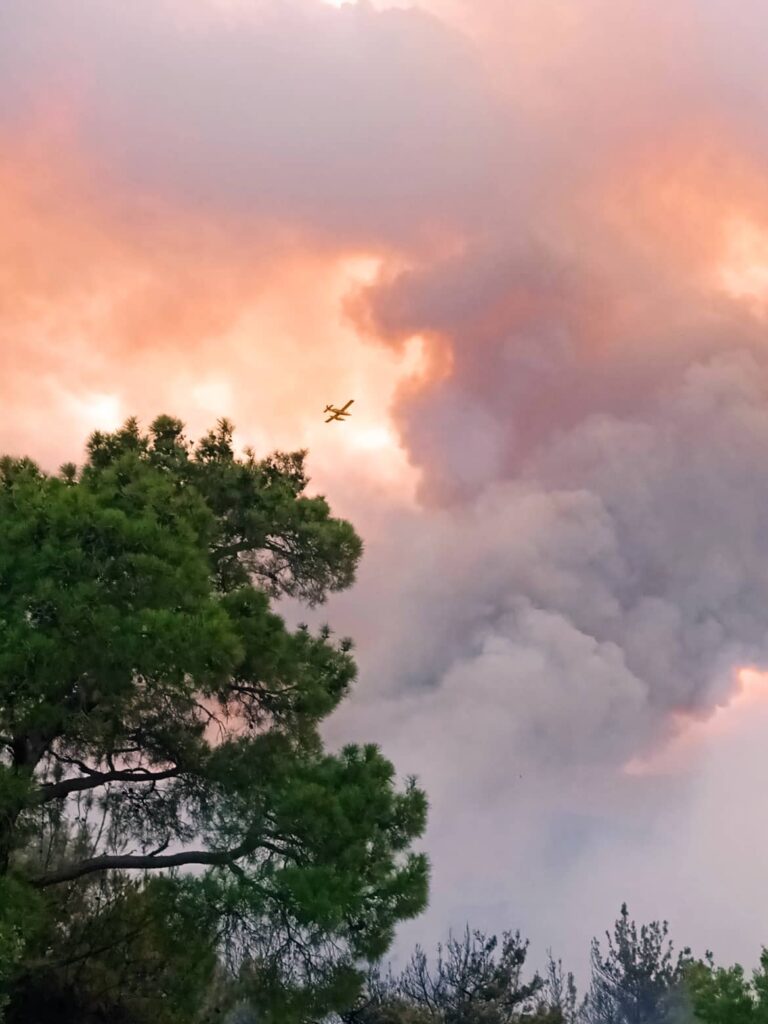 He stressed that “this year the Forest Service carried out maintenance of the forest road network and fire protection zones, projects that facilitated the access of the firefighting forces.” He added that the mobilization was immediate. 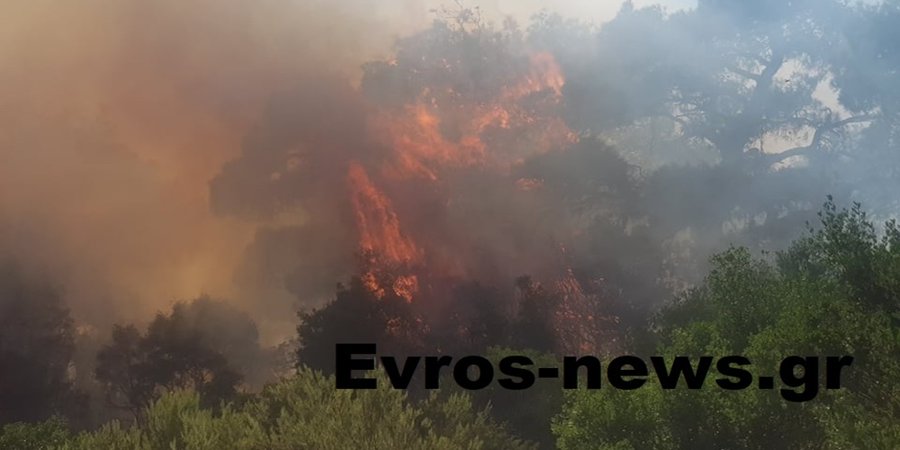 It is noted that the vegetation of the area consisting of dense pine forest with old trees, a virgin forest with old-growth, makes the extinguishing task particularly difficult. 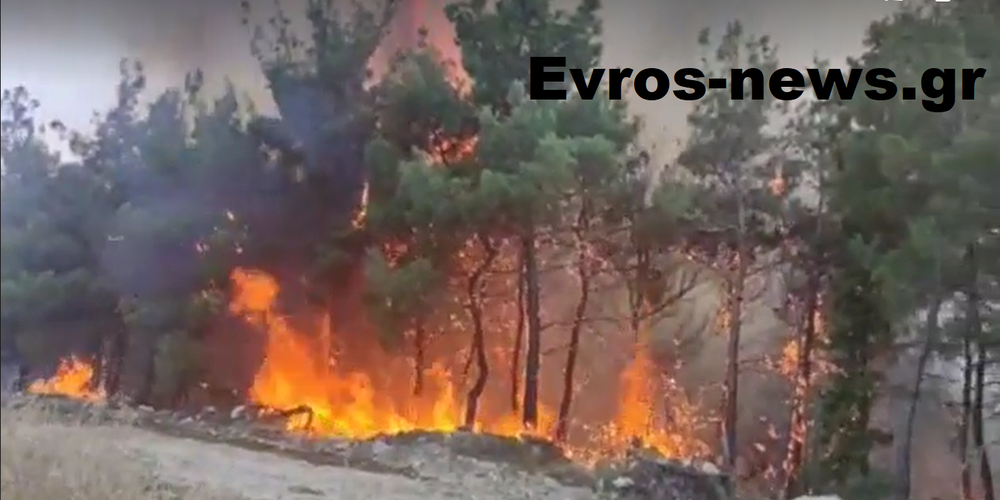 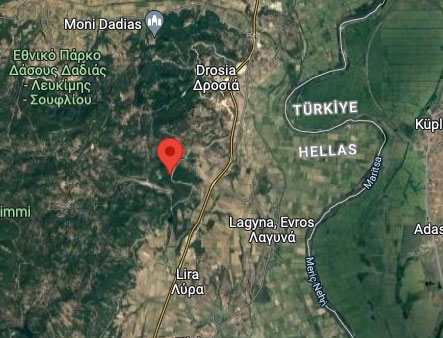 According to Petros Anthopoulos, director of Evros Forests, by nightfall the fire had been contained due to the weak winds in the area, however, the extinguishing task was hampered by the fact that the flames were moving southwest in the dense and mature pine forest, within the core of the Dadia National Park.

Video: Early Friday morning, the blaze was burning on the edges of the forest, burning the dense pine forest, in an area difficult to be accessed by ground forces.

The forest of Dadia is an extremely virgin area with a very dense forest cover, while it is one of the European protected forests.

Local surveys in the National Park Dadia-Lefkimi-Soufli have recorded at least 60 species of mammal, 12 of amphibian, 29 of reptile, and 104 of butterfly, alongside 360–400 plant species; birds include the Black vulture, Egyptian vulture, and Griffon vulture.

It is one of the first areas in Greece to be placed under protection status, as many species of the flora and fauna of the Balkan Peninsula, Europe and Asia coexist and thrive there.

In 2014, the National Park of Dadia – Lefkimi – Souflion was submitted for future inscription on the UNESCO World Heritage List, under ‘criterion x’; currently, the submission resides on the Tentative List.

It is recalled that on Wednesday, there were four outbreaks of fires in the wider area of ​​Evros, namely in Lavara, in Palagia Alexandroupolis, south of the airport and in the village of Isaakio Didymoteicho.

On social media, Greeks see with great suspicion the fire in Dadia and wonder if there is coincidence that it breaks out at the time, the government  controversial legislation that allows wind-farms, touristic facilities and even mining  in NATURA 2000 protected areas.

UPDATE: the fire in the forst of Dadia continues on Saturday morning, for the third consecutive day.

In the middle of Greece’s yearly fire season, one after the other the forests are set on fire each and every day. 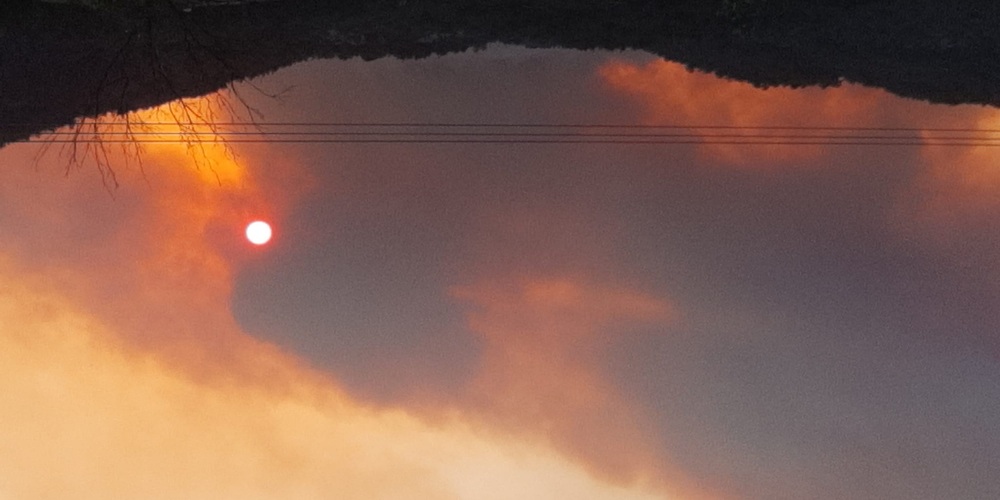