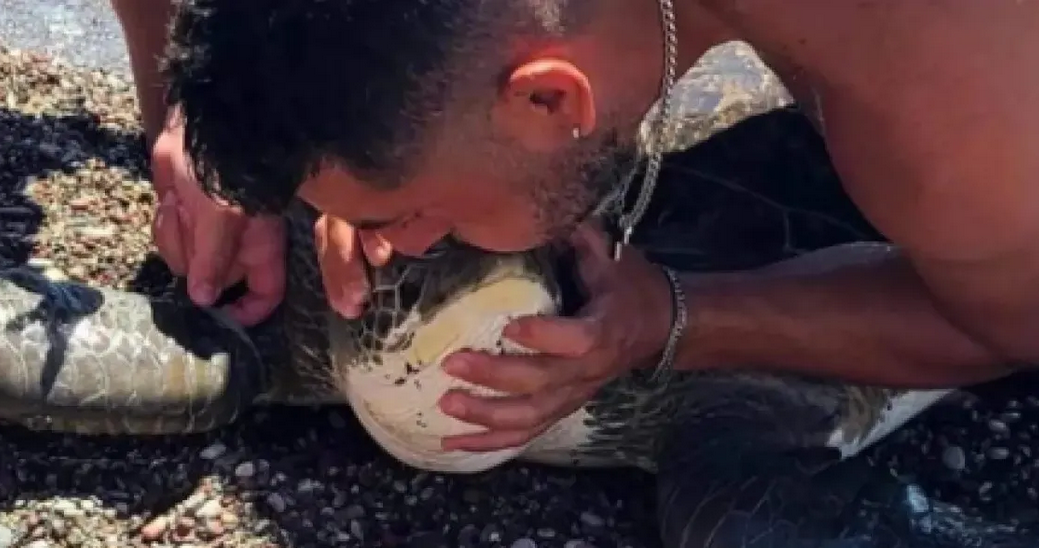 A diver on the island of Rhodes managed to bring a sea turtle back to life with mouth-to-mouth respiration. His efforts that lasted hours resulted success and the sea turtle returned to its natural habitat. 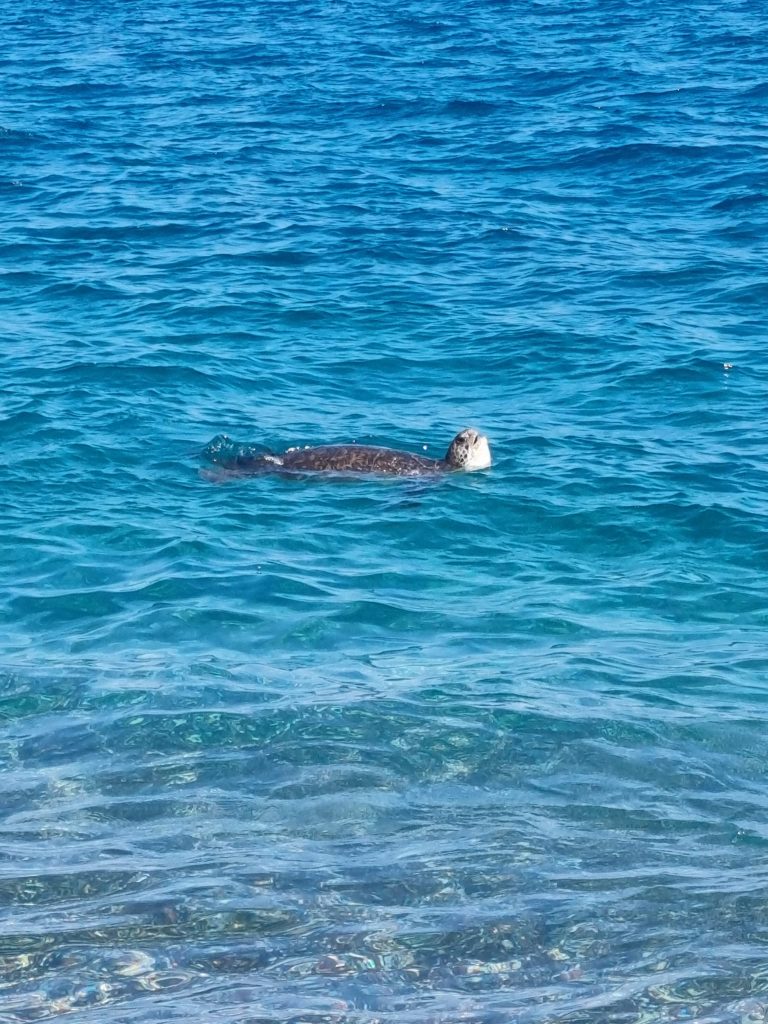 The unprecedented incident took place at the beach of Gennadi when the sea turtle was found entangled with ropes on iron bars at the bottom of the sea.

“We called Giorgos Makryllos an experienced diver and the rescue operation of the sea turtle began,” said the leader of Gennadios community, Stavros Akkouris in a post on social media.

Upon arriving at the scene, diver Giorgos realized that the animal was trapped and doomed to die.

He took the matter into his own hands, he dived into the sea, cut the ropes and brought the sea reptile to the shore.

Freed from ropes and the dire situation Giorgos brings the animal to the shore. 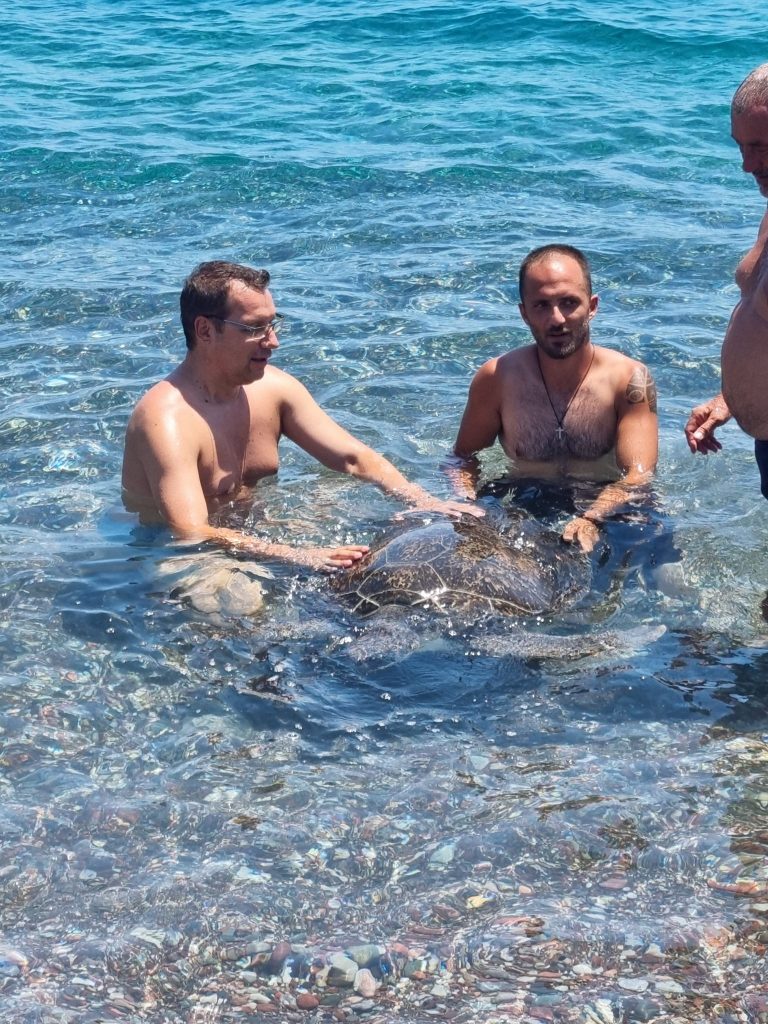 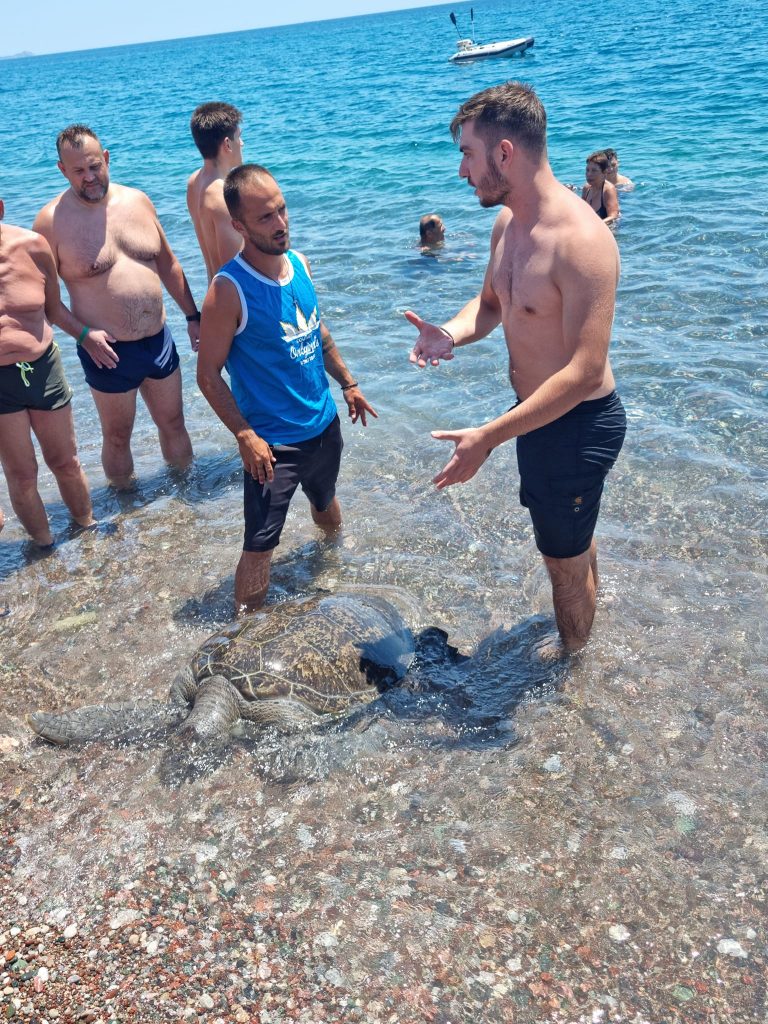 For four hours, diver Giorgos was persistently blowing air into the nostrils of the animal. Again and again in front of locals, bathers and many children.

Everybody was anxiously watching Giorgos in his effort to rescue the sea animal.

In phone contact with Archaelon, the society for the protection of sea turtles, the team was receiving instructions on how to proceed with the rescue.

And then the miracle!

“After 4 hours of persistence, our turtle recovered and we saw it swimming in the blue waters of the sea of ​​Gennadios, congratulations to our Giorgos, to Archaelon and to everybody, we all experienced moments of anxiety and a beautiful feeling in our souls!!!” Akkouris on his Facebook account.