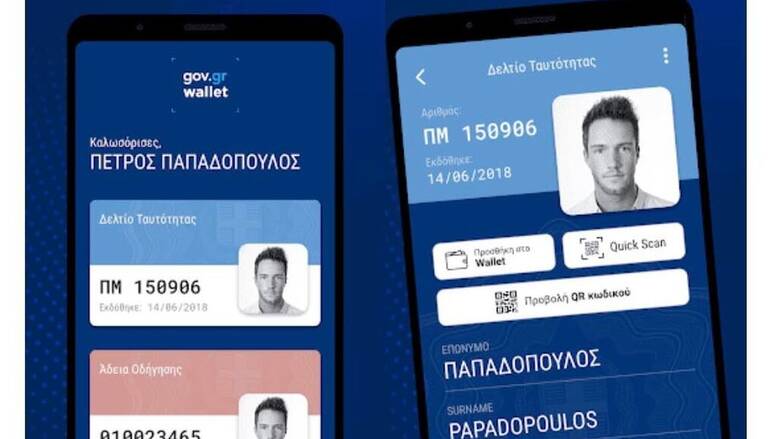 Digital identity cards IDs and driving licenses can be used in banks and other credit institutions as well as mobile and landline telecommunications companies starting as of 1. October  2022, a joint ministerial decision issued on Wednesday announced.

Until then, citizens will have to present the paper versions, the decision said.

The roll-out of a new app that allows people to store a digital version of their ID and driving license on their mobile phones started on July 27.

However, the digital IDs and driving licenses have no validity overseas and cannot be used as travel documents for international flights or travel within the Schengen area as they are only in Greek. Nevertheless, they can be used for domestic transport.

It should be recalled that the platform https://wallet.gov.gr is already in operation. Until today, Wednesday, August 3, it is available for tax number (AFM) ending with digit 1 until 7.  Every day, the plaftogrm opens for a new AFM-end number.