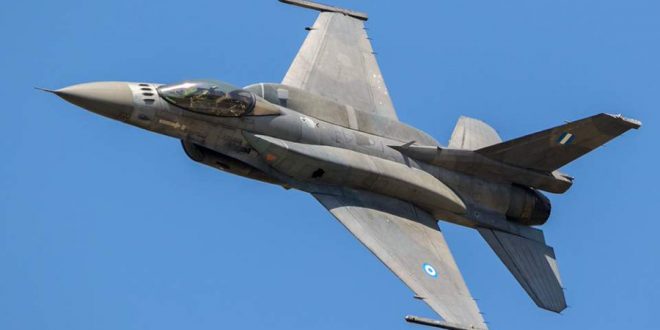 Code Renegade set Greek authorities on alert following a relevant signal by the NATO air control center in Spain (CAOC Torrejón), to intercept a civilian aircraft that was not answering calls and not talking on the radio.

code Renegade is usually a distress signal that a plane has been hijacked.

There were reportedly several attempts to contact the aircraft but no response had been received over the radio, something that was particularly worrying.

Greece was immediately ordered to have fighter jests take off and begin the process of identification and visual contact with the aircraft’s cockpit.

The non-responsive aircraft was an Airbuss A321 with 145 passengers onboard that had taken off from Madrid and was bound for Beirut.

Immediately, two F-16 fighters that were on standby took off from the 115th Fighter Wing in Souda and approached the civilian aircraft approximately over Argolida, in north-eastern Peloponnese.

The process of intercepting a civilian aircraft includes visual identification, recovery of contact and communication,  guidance and escort either on the original intended course, outside restricted area – airspace, or at the landing airport.

The two Greek fighter jets encountered the suspicious aircraft around 7:30 in the afternoon on Wednesday, August 10.

Video filmed by 2nd F-16 over Argos – via armyvoice.gr

There they were able to re-establish contact with the pilot and determine that there was no problem.

The pilot must have forgotten to turn the instruments to the correct frequency so he wasn’t answering any of the calls.

The incident was noticed by residents of the Argos area, who, according to reports, notified the fire department that they heard strange sounds like explosions.

Apparently, the F=16s accompanied the Airbus also over the island of Crete as pictures from the area show.

Armyvoice.gr that has the exclusive story and did the relevant research, found that  and found that it was the Renegade incident had a happy ending.

The website recalls similar code Renegade incident occurred on 14. August 2005, with the aircraft of the Cypriot company Helios.

Helios Flight 522 airplane crashed at 12:03 Greek time in a hilly area near the village of Grammatiko in North-East Attica. A total of 115 passengers and 6 crew members were killed in the incident.

Thorough investigation found out that a  loss of cabin pressurization incapacitated the crew, leaving the aircraft flying in a loop on autopilot until it ran out of fuel, at which point it crashed.