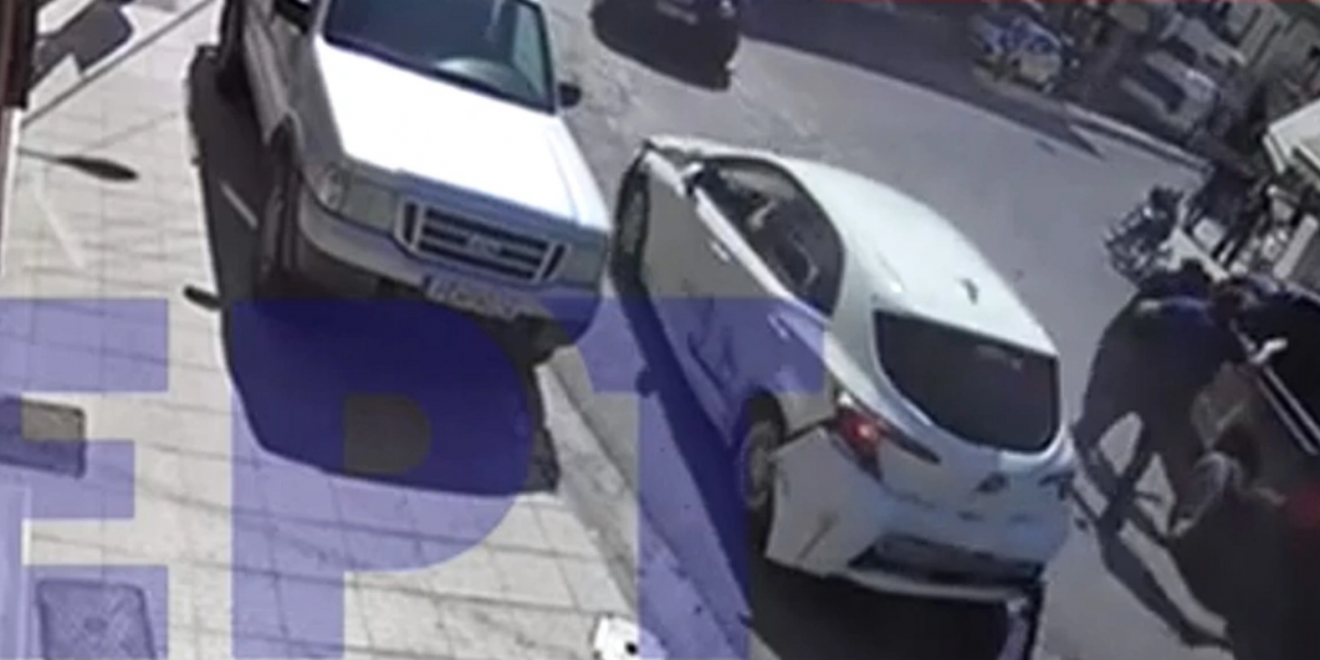 Footage obtained by state broadcaster ERT shows how the Cretan bullies rammed with their 4×4 truck the car of the German tourists, made a turn and literally “ride” on the tourists’ vehicle.

It is only due to the persistent intervention of local people who run on the street in the center of Perama and hold back the furious attacker.

The attack took place last Friday morning in the area of ​​Perama, Mylopotamos in Rethymno, on the island of Crete.

The footage shows the attackers’ black semi-truck driving very close to the German’s white car, corners it from the right and rams it. As the victims try to avoid another attack and slightly move away, the black truck reverses and literally rides on the hood of the white car .

It;s only up to the locals’ intervention, passersby and shop owners who run to calm down the attacker, while the victims flee in fear.

The video practically confirms what the German tourists told authorities and media about the unprecedented incident.

According to some media, the second Cretan man, the 36-year-old, was not in the truck when the two vehicles arrived in Perama, because he was injured and had get off.

The two Cretan bullies were arrested five days after the incident, on Tuesday. The younger one was released after a testimony to the prosecutor, while the older one, a 38-year-old, remains in custody until his testimony scheduled for tomorrow, Thursday.