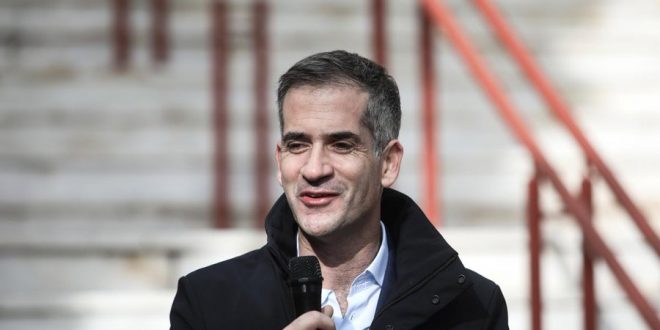 Opponents of Exachia metro “are not even Greeks,” claims Athens Mayor

August 24, 2022 Greece, Politics Comments Off on Opponents of Exachia metro “are not even Greeks,” claims Athens Mayor 678 Views

Many of those opposing the construction of metro station in Exarchia and the redevelopment of nearby Strefi Hill “are not even Greeks,” Athens Mayor Kostas Bakoyiannis has claimed. His allegation triggered an outrage on social media.

Speaking to Skai TV, Bakoyiannis said that the majority of permanent residents do want a metro station in Exarchia and a redevelopment program at nearby Stefi Hill adding that it is a minority that has “found an excuse to fight an ideological battle.”

“The point is for people to see things changing in their neighborhoods,” he said, decrying the stance of protestors who have tried to prevent construction crews from beginning work this month on the station, which will be located on the district’s main square.

“They see it as a political fetish. But that is not the case. The metro is for everyone, it has no left and right cars, not left and right trains,” Bakoyiannis added.

“I find it hard to imagine how anyone can invest, even politically, in a city’s failure. But they feed on this; it is the logic of absolute nihilism,” he said.

Bakoyiannis claimed that opponents “are not many, they are some dozens protesting around. Many of them are not even Greeks…” as he reportedly said characteristically.

He did not bother to give evidence to his allegations.